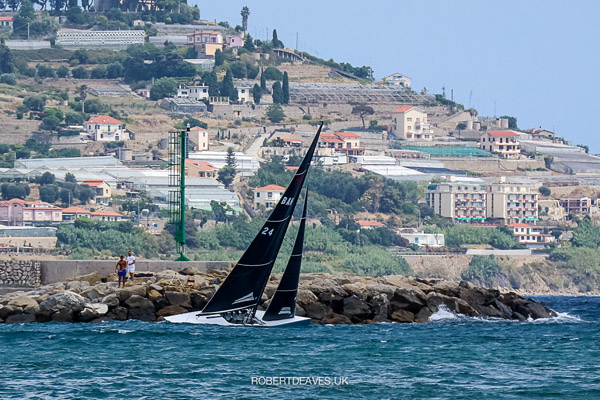 Short speeches, socially distant team tables and masked serving staff were the order of the day as the 5.5 Metre Europeans opened in Sanremo, Italy, with 20 teams ready to do battle when racing starts on Tuesday, 24 August. A ten race series is scheduled, ending on Saturday, 29 August.

Despite the shadow of COVID-19 and barriers to travel, 5.5 Metre sailors have travelled from France, Switzerland, Germany, UK, The Netherlands, Norway, Austria, Poland, and even The Bahamas to be able to race this week. Some teams arrived as late as today, while one team, New Moon II (BAH 24, Mark Holowesko, Christoph Burger, Peter Vlasov), arrived a week ago for some intensive training.

The fleet is as deep as ever from the several Classics and Evolutions taking part, right through to the four newest Moderns in the class. For three of them it will be their first major regatta. 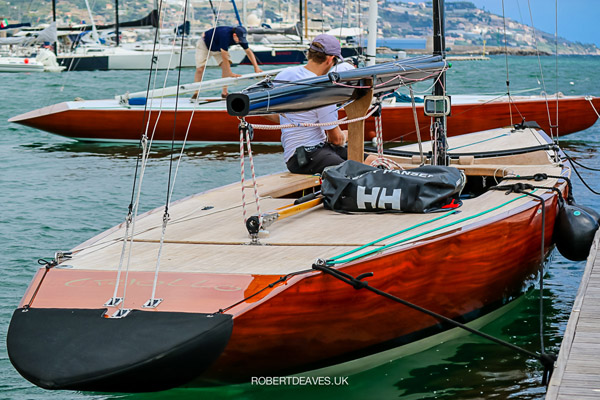 The fleet includes three former World Champions as well as several new teams sailing Moderns. Momo (SUI 229, Dieter Schon, Markus Wieser, Thomas Auracher) took her inaugural win at the 2019 Herbstpreis on Lake Thun, though this will be her first major event, while there is considerable interest in how Aspire (POL 17, Mateusz Kusznierewicz, Przemyslaw Gacek, Simon Fry), will fare in her first regatta.

However in light winds, which many forecast, 5.5 Metres are remarkably even, so it could be a tight event if the lighter forecast are correct. 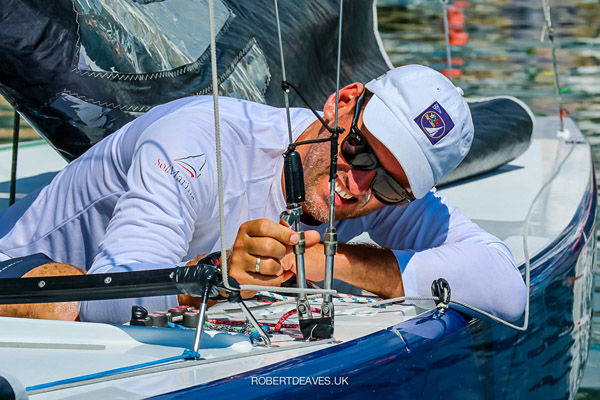 The wind is expected to be on the light side, though some forecasts do show a moderate breeze on some days. In the last week it has been extremely warm with light winds, though has turned unsettled in the past two days with some moderate wind yesterday and a torrential storm today, which not only announced the start of the event with a foreboding roll of thunder, but also cleared just in time for the opening ceremony and for the ample refreshments to be served to the gathered fleet. 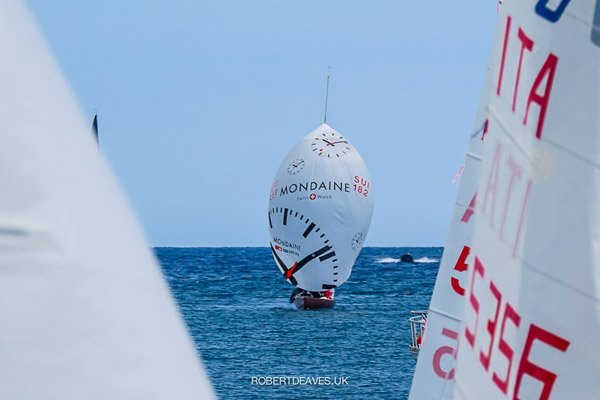