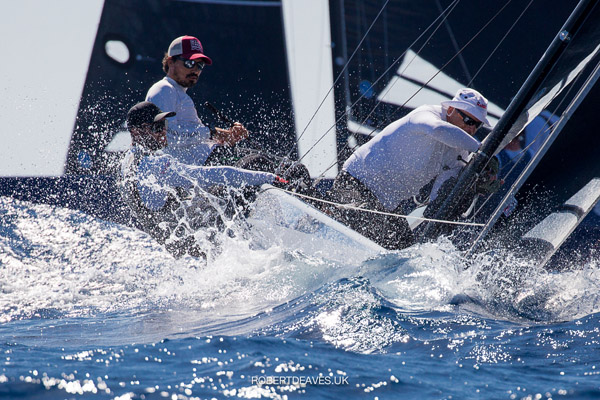 Sanremo turned everything on for Day 2 of the 5.5 Metre European Championship with 30 degrees and 10-14 knots for a glamour day on the water in these very glamorous boats. Black & White (SUI 219, Daniel Schenker, Mark Dangel, Anthony Shanks) led from start to finish in the first race while Ali Baba (BAH 23, Martin Manrique, Flavio Marazzi, William Alloway) took the second race after a tight battle.

There is a law that says if you delay racing based on the forecast, nature will have the last laugh, so with racing delayed until 13.00, the wind arrived early. But by race time, it was a solid 10-12 knots and provided two perfect races just off the Sanremo shore.

Black & White were first into the left corner of the first beat while several of the top teams were called back at the start. They rounded first, followed by Forza Del Destino (SUI 211, George Prapopoulos, Simon Pfandler, David Schneeberger) and Ali Baba, but were never headed, though when the wind died on the second downwind, it started to get really close.

They crossed the finish a few boatlengths ahead of Momo, which snatched second place from New Moon II.

The wind freshened for Race 4, with again a few boats called back. This time almost everyone went left with Aspire first at the top from Black & White and Ali Baba. The race at the front was very close with positions changing all the time. But the freshening wind benefitted Ali Baba on the downwind and they took a narrow win from Aspire, with New Moon II again in third.

“The first race we did really well going inside on the first beat. Then everyone else saw it and came after us. We made it to the first mark quite nicely and were chased the whole race. The second beat and downwind were really close. The wind died a little bit and we had some trouble getting the boat going downwind, though upwind was easier. But it was a beautiful race and I think our tactician in front did really well.”

“Anthony said from the beginning that we had to go inside, and Danny, the captain, kept it going like a snow plough, and didn’t make any mistakes and I was trying to fly the kite as well as possible.”

“For the second race it freshened up and it was a good decision not to change for the light jib. Overall, a beautiful race and super conditions here, with an excellent wind, very steady within 10 degrees. Nothing to complain about. Really, really nice.”

“We are enjoying Sanremo. In general I think Sanremo has improved tremendously since the last time we were here for the 2007 worlds. Now it’s freshened up and beautful with lots of people having fun, despite corona. The yacht club is doing an excellent job and we’re looking forward to more races like this.” 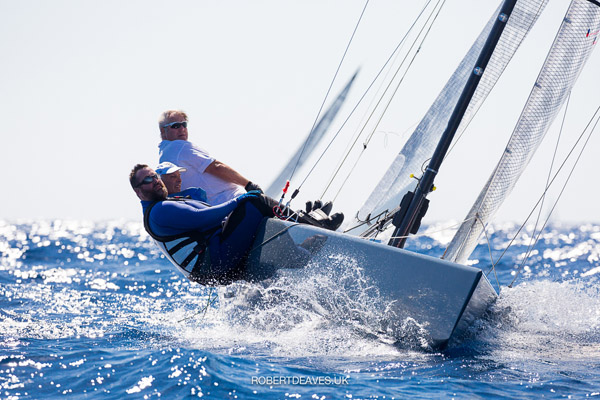 “The owner, Craig Symonette, couldn’t come here because of the situation with the virus, so he asked me if I could come instead of him. I work for him in The Bahamas. We are started a small sailing school and I came to Europe for a month or two. I was here and he couldn’t come so I’m happy to come and learn how to sail this fantastic boat.”

“I am enjoying the boat a lot. It is super fun to sail, but mainly I am enjoying sailing with these two guys [Marazzi and Alloway]. They are amazing and teaching me a lot. It’s a big opportunity to learn to sail better.”

He has not raced spinnaker boats for a long time. “Actually I am a youth coach. The last time I raced downwind with a spinnaker was 15 years ago, which is why we were struggling a bit in the first races and I found it a little easier with a bit more wind, so big improvement and hopefully we can continue improving. Both of them are teaching me a lot and every race we are improving and I’m learning more.”

On the race win, “It was a really good last race. In the first race we did not do that well and actually were talking about it afterwards, to improve for the second and the communication and teamwork were better. So happy with the win.”

“I think we were struggling on the other races downwind but the wind picked up and it was a bit easier for me. It’s only my fourth day sailing the boat and I felt a bit more confident with the waves and the wind.”

So, after four races, there have been four race winners with the points very tight. After two more races, a discard will come into effect.

Racing in Sanremo continues until Saturday 29 with a series of 10 races scheduled. 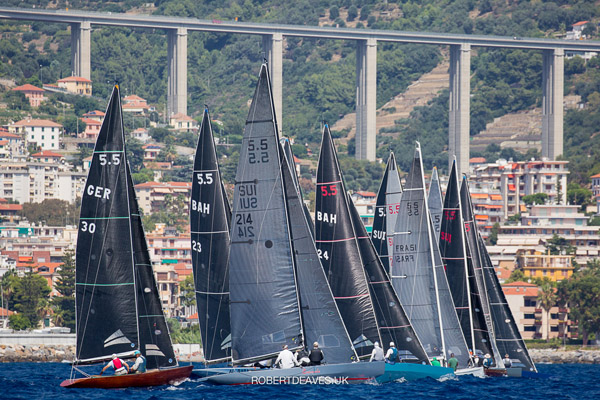