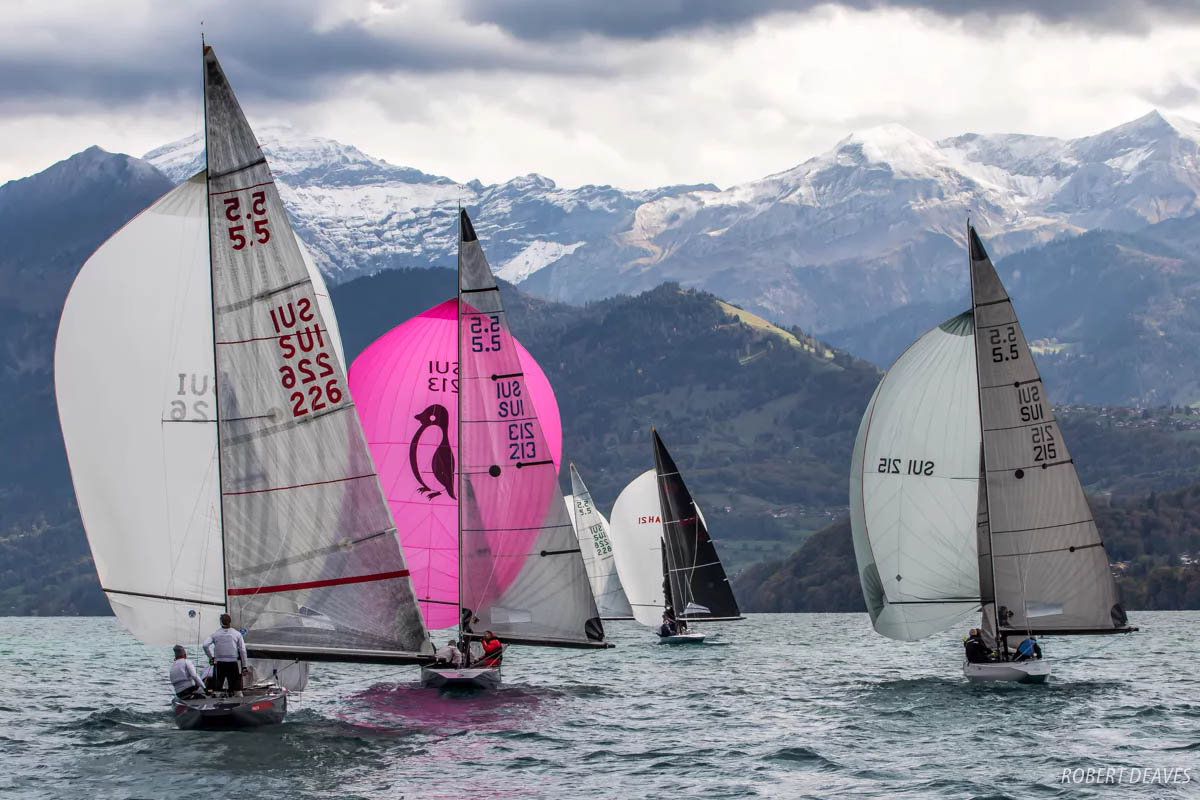 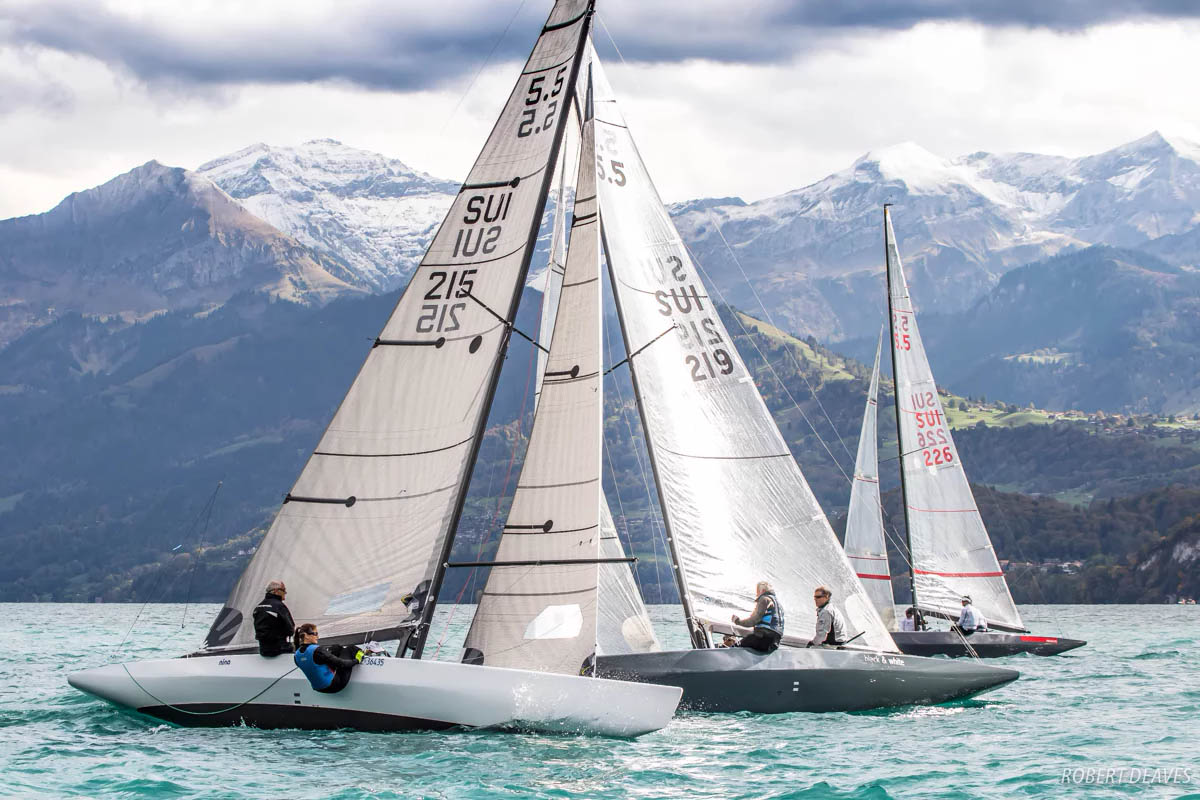 Many have foretold that winter is coming and the first snowfalls on the hills around Lake Thun in Switzerland coincided with a chilly start to the International 5.5 Metre season finale, the three day Autumn Trophy (Herbstpreis), hosted by Thunsersee Yacht Club.

Light winds and snow had been forecast for much of the last week, so it was some surprise that a shifty but solid north-westerly 8-12 knots filled in for four action packed races on Friday.

The race honours were split between two teams, who spent much of the day match racing each other in three of the races, giving no quarter and were often a leap ahead of the rest of the fleet.

Marie-Françoise XIX, SUI 228 (Jürg Menzi, Dino Fumasoli, Christof Wilke) won the first and last races to lead overnight, but on equal points with the winner of last week’s Regates Royales in Cannes, New Moon, BAH 21 (Christoph Burger, Flavio Marazzi, Peter Vlasov), with a slightly modified crew. Burger took the helm, with former world champion Flavio Marazzi joining the boat in the middle. Their scoreline of 2,1,1,2 was the best of the day but the win from Marie-Françoise XIX in the final race of the day leaves them in first place.

Menzi was back after a mishap at the World Championship that cost him his mast and the new mast put on a good showing on the opening day in Thun, with only one race outside the top two places.

In third place is the Dutch team of Feng Shui, NED 26 (Arend Jan Pasman, Ron Azier, Peter De Witte). De Witte stands in for the bow position in the boat that took the bronze medal at this year’s world championship. 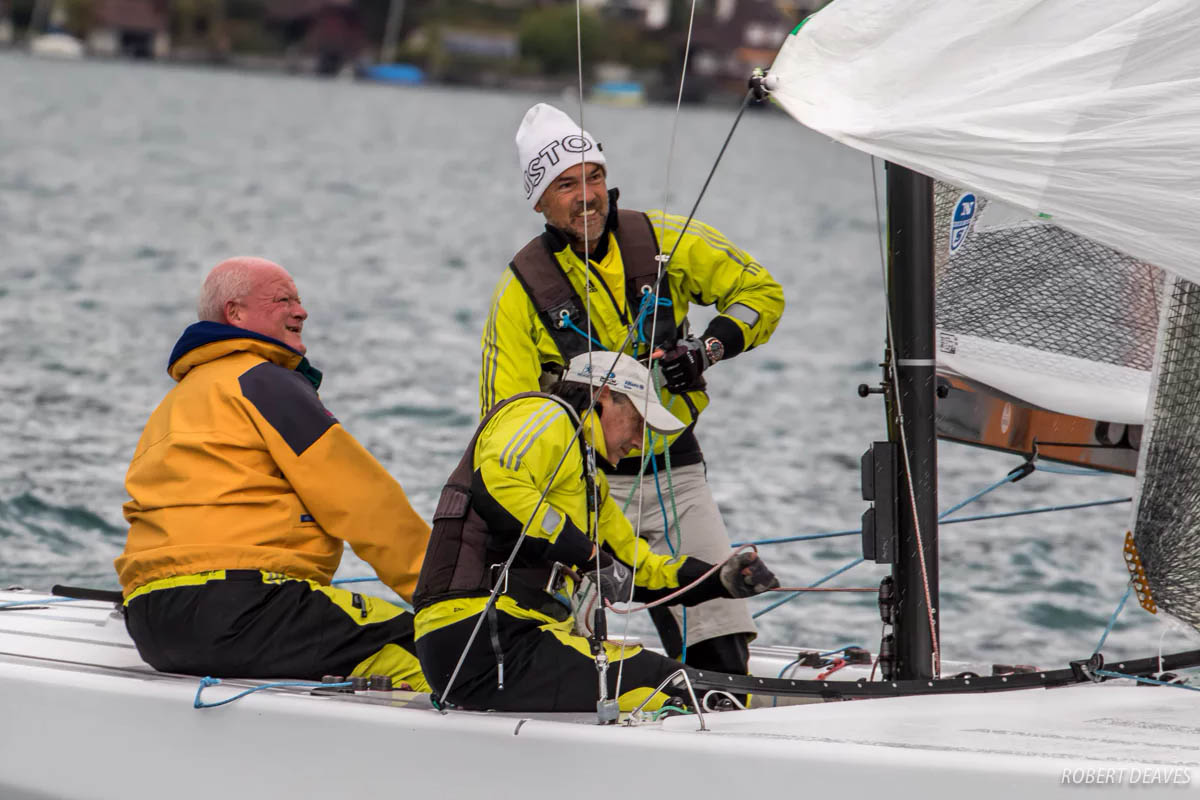 Burger said, “It was pretty nice breeze averaging about 10 knots. It was shifty and puffy, but all in all we had a really nice day. We managed to have two first and two seconds, so that’s a good start on the first day. We are very happy.”

“Mark Holowesko, our normal helmsman couldn’t make it so I took the helm and we asked Flavio Marazzi to join us and it went really well. I sailed with him at the words three years ago, so we know each other, and so from scratch it was a pretty good team, and we managed to sail like we wanted.”

His thoughts on the day’s conditions, “We had a really beautiful day yesterday and they forecast a cold front coming in and if you want to have anything at this time of year then it’s a moving weather system around you. With a bit of luck we will get the same tomorrow. Usually this lake is a sea breeze lake but you need warm water and warm weather to get it going. So this is a perfect consolation and a perfect start to the event.”

Menzi commented on the day, “It was quite special today. We had a north-north-west gradient wind, shifty, and it was always better to go to the right but there were a lot of holes. It was quite nice and quite regular, but it was fair sailing and it was fun for everybody.”

“It was not so cold. It is not yet winter. When you are sailing it is not cold.” 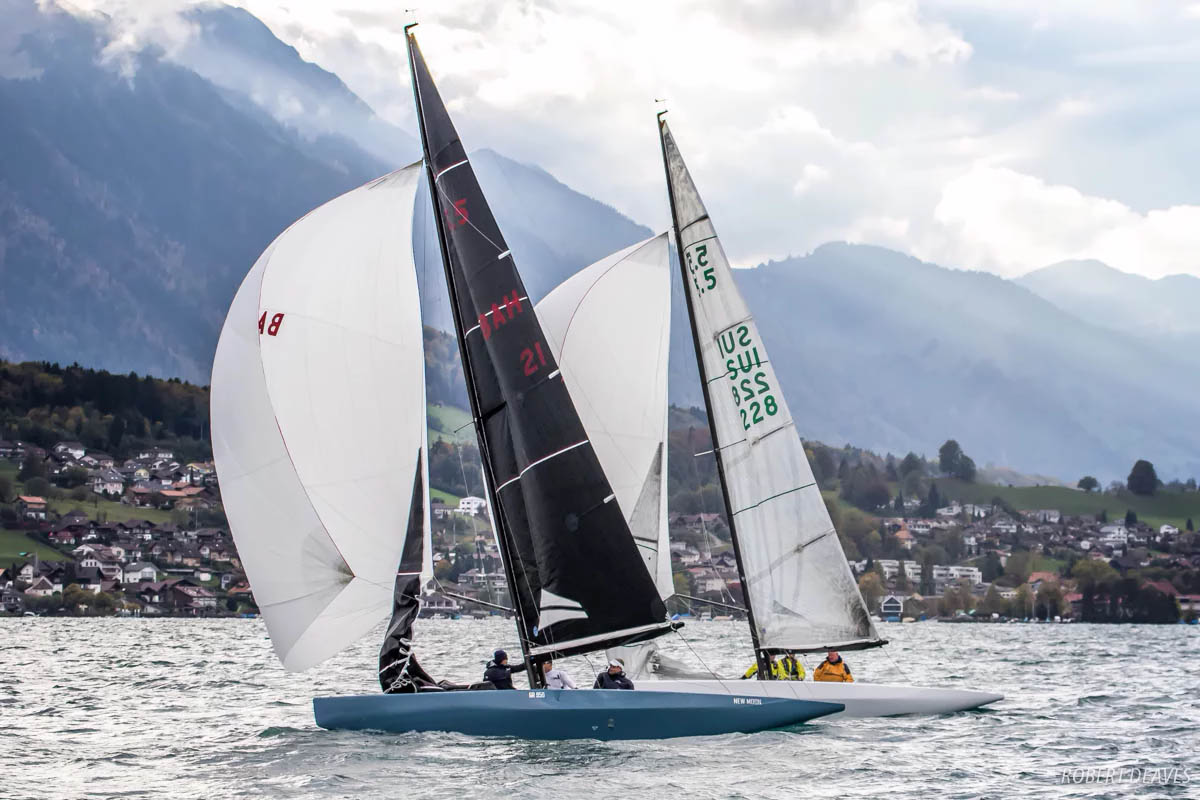