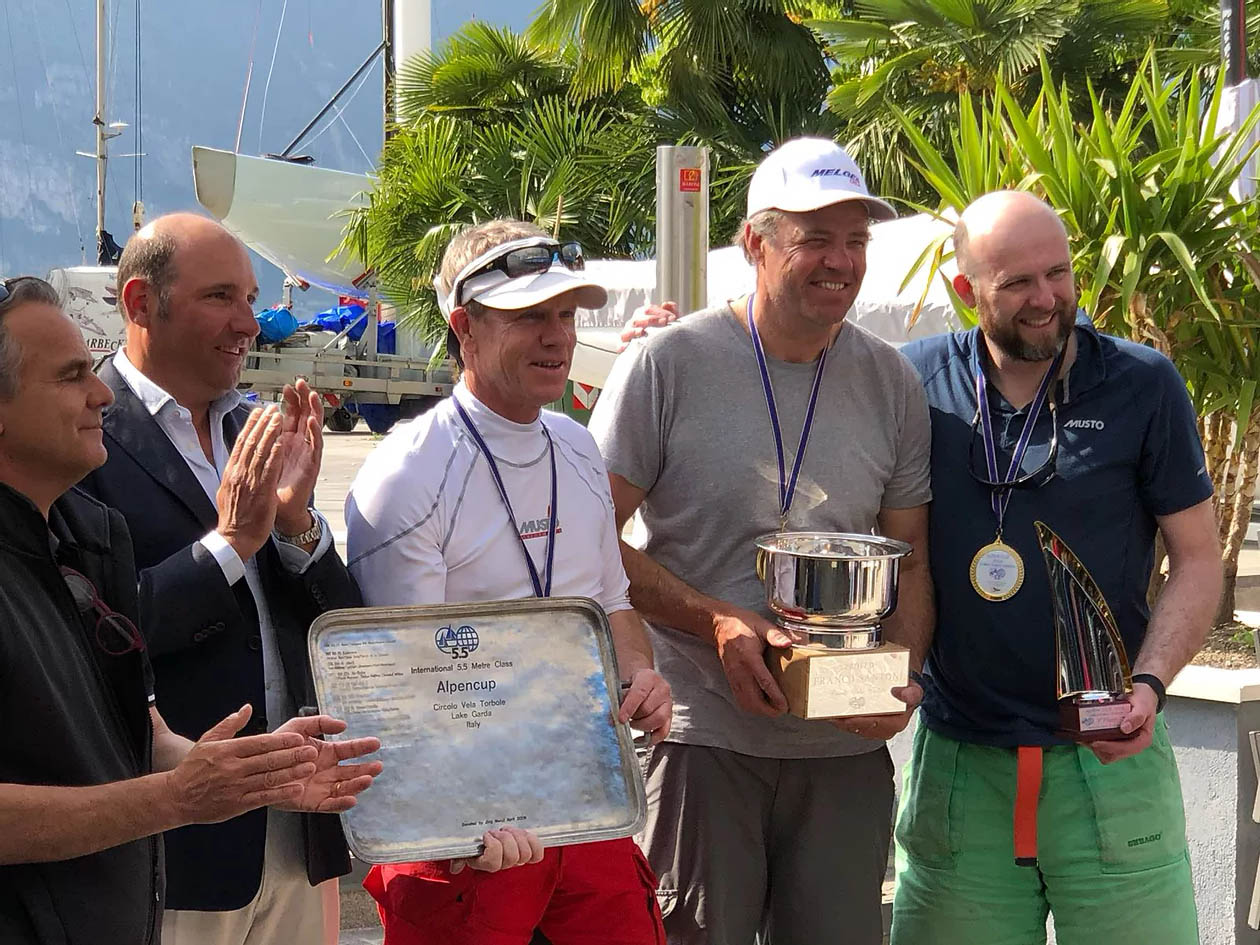 Above: Kristian Nergaard with the Alpen Cup Trophy, Johan Barne with the Trofeo Franco Santoni Trophy and Trond Solli Sæther.

After another day of extremely close racing in Torbole, NOR57 and BAH21 both ended up on 18 points, but NOR57 took the title by virtue of having won more races to take a first overall at the 2018 Alpen Cup Trofeo Franco Santoni. BAH21 was second with SUI228 third.

The Trofeo Franco Santoni was presented this year for the first time in memory of the former Commodore of CVT who died last year. The regatta was dedicated to him this year and for years to come. His boat of choice was a 5.5m.

Kim Chabani takes up the story, “When opening my curtains this morning to have a quick look out of the window I noticed blue skies, which is always a good sign here in Torbole.”

“There was a breeze coming from the north, and the scheduled starting time was an hour earlier than the last days at 12.00. When sitting on the terrace nipping from our cappuccinos (except SUI 201 who skipped the coffee and went straight for a spaghetti) the fleet was waiting for the wind to disappear and come up from the other direction. Again, a common thing here in Torbole.”

“The wind turned to the south so all crews prepared their boats and went onto the water. The wind was still calm which is always the moment where you have doubts if you did the right thing putting the heavy jib on already…. We ignored the comments from the skipper to change to a medium jib since we were convinced the wind would pick up quickly to a strong breeze, which it usually does. For the ones who stayed home and think everything is predictable here in Torbole; we experienced totally the opposite over the last three days.”

“Race 7 started on schedule. With a calm wind (yes, it should have been a medium jib) BAH 21 had an excellent start and good speed, while many others were fighting each other. NED 26 had a horrible start and needed to bear away on starboard tack behind the fleet going all the way to the left. Starboard tack course was very stable and about half way it started to lift. It’s always nice to have lifts; but at some point you wish they were no longer there. A short low port tack leg brought us back to the middle of the fleet. In our opinion there was not a convincing good side of the course; left middle or right, it was all tricky again. Noticeable was that many times a boat just 30 meters windward or leeward could have a 5-10 degree different wind direction; very frustrating. This caused doubts whether our trim might be wrong. The answer, no it was a matter of relaxing and continuing as usual as long as the winds were in your favour.”

Race 8 soon started after the last boat of the previous race had finished.

“It was quite busy at the side of the starting vessel. NOR 57 was stuck between others, SUI 228 tried to squeeze in between and go down on the line but was forced by AUS 61 to give way. NED 26 had a good sight on all the hassle and started seven seconds after the rest having the opportunity to tack as planned to starboard.”

“SUI 228 went also right but made a small tack to port about half way up the course and was soon back on starboard. Somewhere going through the middle brought them first to the upwind mark with the rest of the fleet on their heels.”

“It was a lot of fun going downwind with all boats so close to each other, resulting in a very busy rounding of the downwind mark with 5-6 boats together fighting for water to round the mark.”

Everything remained very close all the way up and back to the downwind mark where BAH 21 just managed to get in front of NED 26 before entering the circle, chasing NOR 57 to the reaching finishing line. SUI 228 finished first, ITA 79 second, NOR 57 third and BAH 21 fourth. 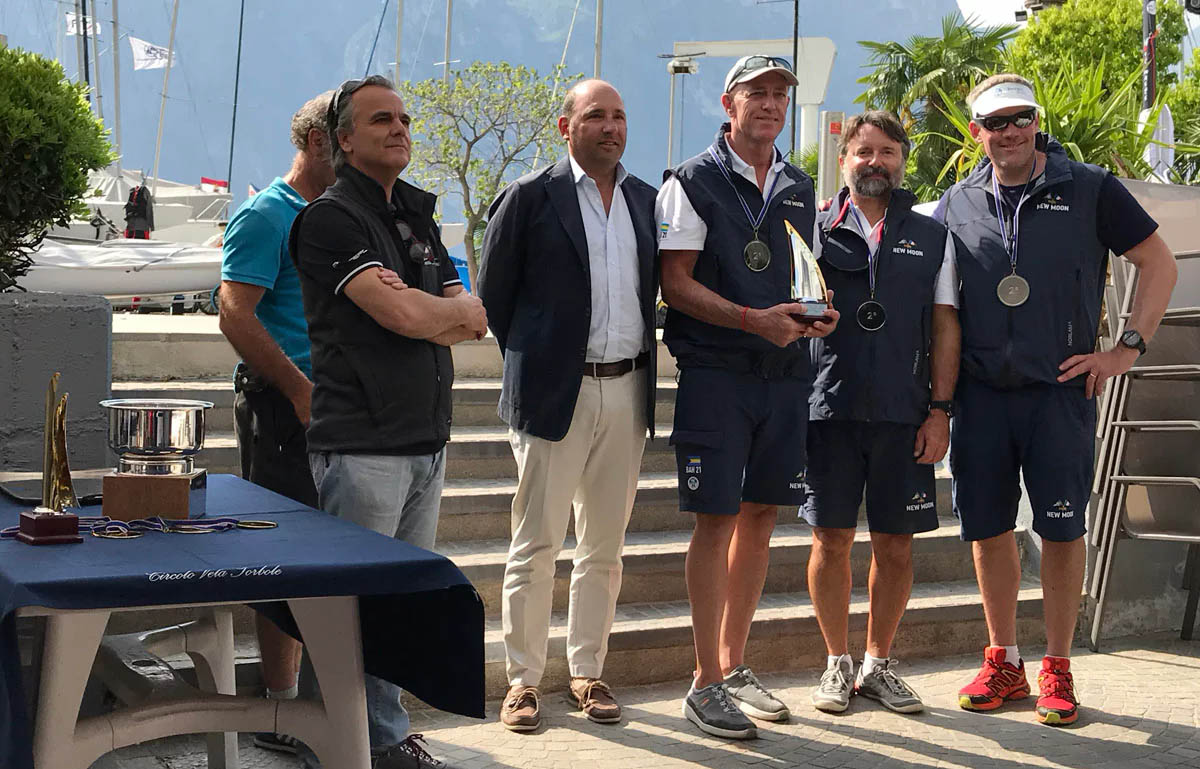 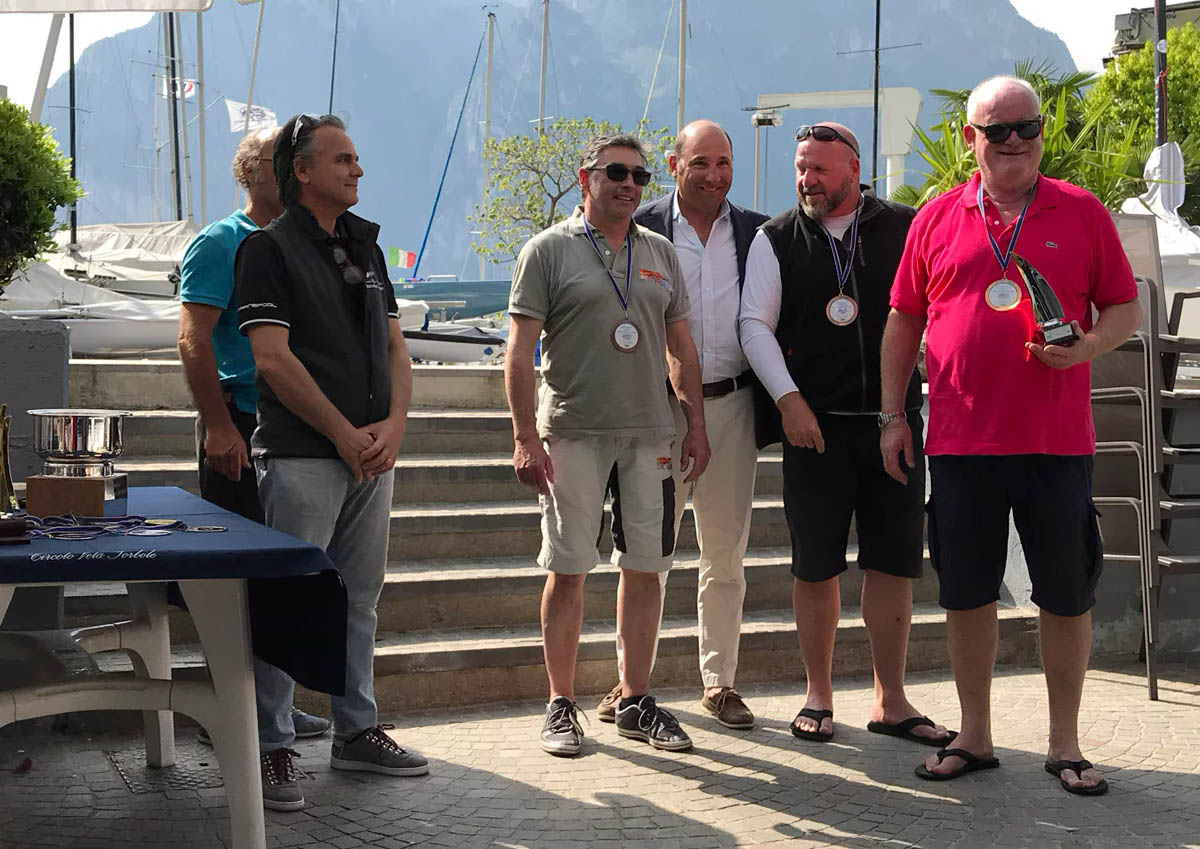