The Enoshima Trophy - a reminder of the Olympic past 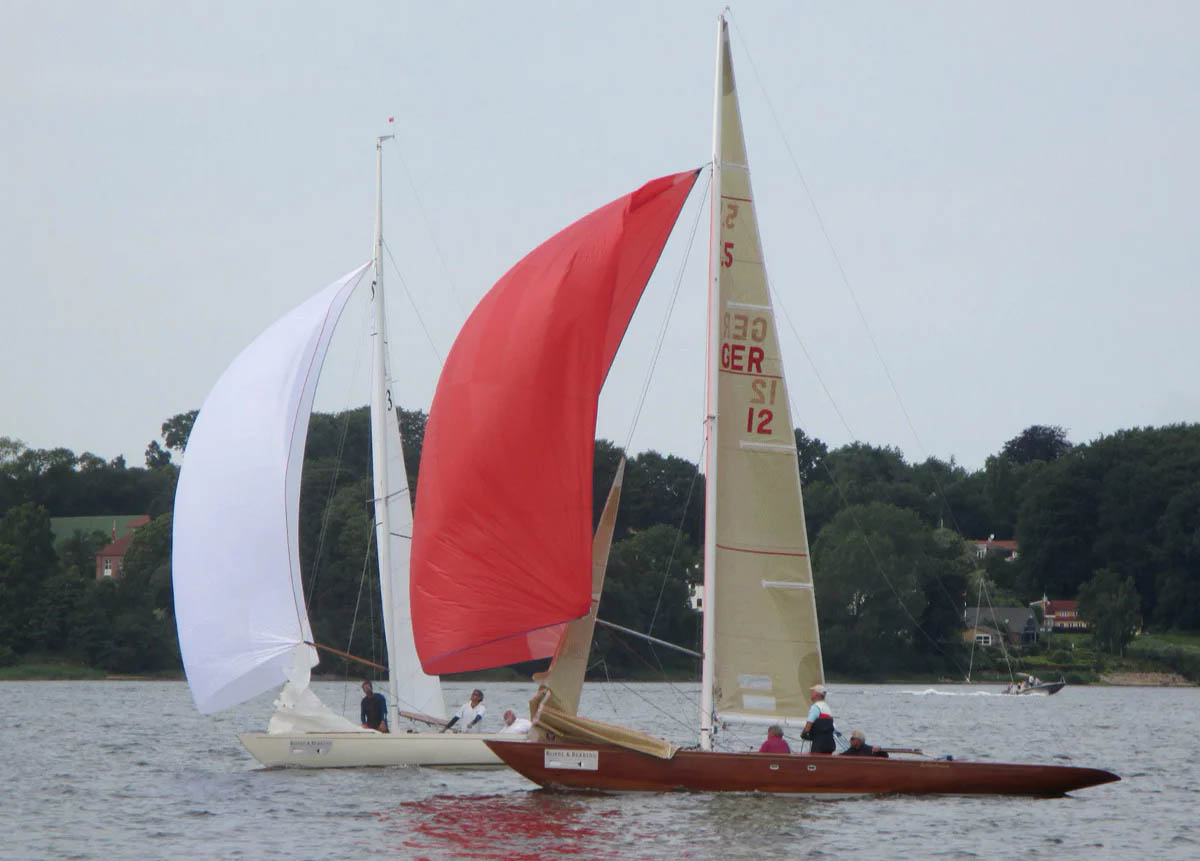 In memory of the initial International splendor of the Class, the participation in Olympic Games from 1952 to 1968, 5.5mR boats still in configuration of the then applicable rules, are meeting every two years in changing locations for a particular regatta.

The memorizing races were first held on Lago di Como in 2012, resulting in very good International acceptance and triggering the participation of older 5.5's, which had so far not been racing otherwise. These owners decided to meet again every two years and chose Tutzing on Lake Starnberg for 2014. But, as hoped, these owners also started to participate in regular International 5.5m events. A "Win-Win" as they say today.

Dr. Herbert "Biwi" Reich, Olympic participant with 5.5 G-12 "Subbnboana" in Japan in 1964 and very fond of the concept, then had the idea to donate the "Enoshima Trophy" as a perpetual trophy for this bi-annual race meeting. The donor has also set the obligation to have the races use the 10-5-0 starting procedure of past times, to be sailing on an Olympic triangle course and that points are being counted the old logarithmic way.

The 2014 Regatta at DTYC in Tutzing again was well visited, including several Modern sailors, trying out a living memory of past 5.5mR times, on the old boats. An enormous festive party with Japanese music and films from 1964 thanks to Biwi made it a unique event. For 2016 the owners had chosen Berlin, the VSaW on Wannsee offering great hospitality, including an accompaying boat tour for the Japanese Ambassador to Berlin, to see the races.

So now 2018: Dyvig in Southern Denmark had been chosen initially, but a last minute change was necessary and just across the boarder Glücksburg on Flensburg Fjord offered the participants a very fine Nordic regatta experience, as well. Embedded into the festive environment of the "Robbe & Berking Sterling Cup", for which the 12mR boats were racing at the same time, the sailors could enjoy perfect sunny conditions on the Fjord and evening events in the "Yachting Heritage Centre", which Oliver Berking has built up, next to his boatyard. A special announcement can be made: Several half-models, silver prizes, Olympic documents and other regatta memorabilia of the Int. 5.5m Class will be put on permanent display in the YHC, in a not too distant future.

Racing on the Fjord had changing results for most boats; boat age being 1952 or 1964 did not make a difference. One boat & crew showed the most constant performance and in the end it was Biwi himself in his former Olympic boat, winning the event. Second place was the 2016 winner ITA 33 with Fabrizio Cavazza. Third place went to Pieter van Klink & Crew on NED 5. As in Olympic times, Biwi had issued winner documents for the first six boats and a memorial prize for the winner, which he will be passing on to Fabrizio. The perpetual trophy for the nicest boat in the fleet has this year been dedicated to GER 56, which was 4th boat overall.