Sailed within the huge event that is Travemünder Woche, the 5.5 fleet is one of the most international classes present, with seven nations represented within the 16-boat fleet. Crews have come from as far as Australia and Canada to take part.

The championship began today in sweltering temperatures and perfect racing conditions with a building sea breeze that increased from 5-6 knots to 10 knots by the end of racing. While the air temperature was hot, the racing within the fleet was even hotter. Marie-Françoise XIX had been dominant on Lake Como the previous month, so New Moon was keen to come out and lay down the gauntlet, especially with only a few weeks to go before the world championship begins in Cowes, UK. 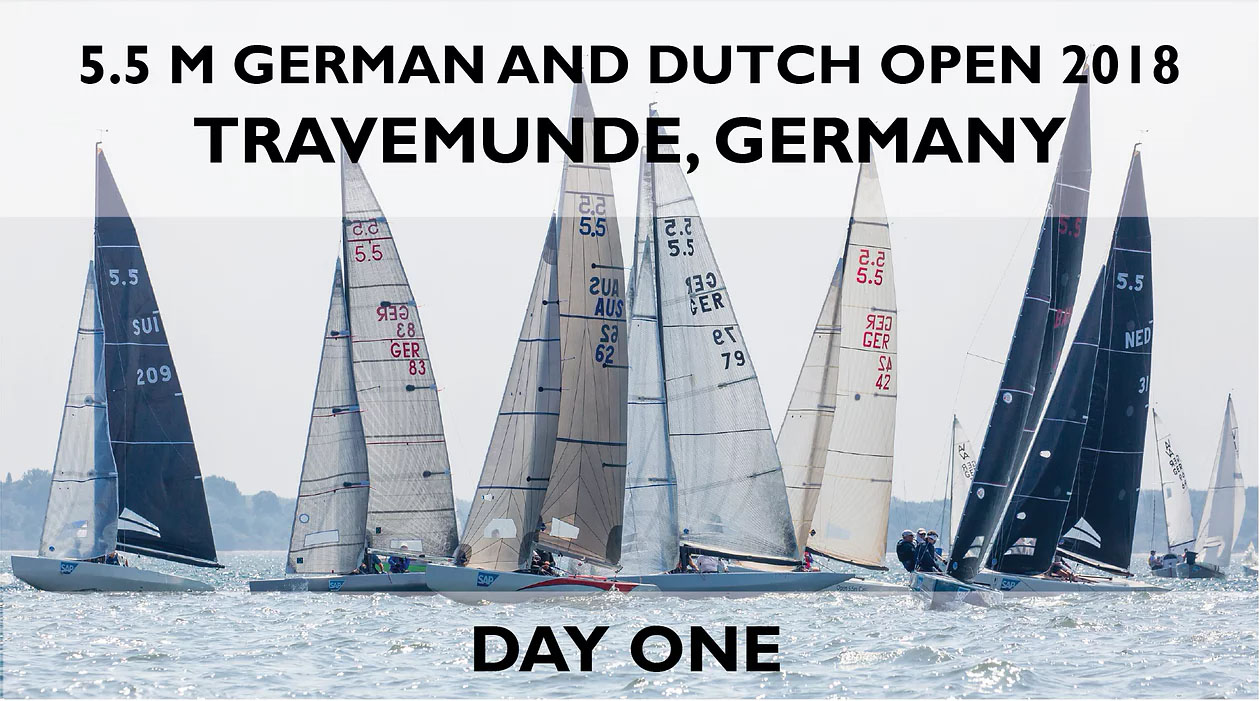 Marie-Françoise XIX sailed the best first beat to lead round the top mark in Race 1, but New Moon proved faster downwind and had clawed back the gap to round the gate at the same time. New Moon took the lead on the second upwind and extended downwind for a comfortable win.

After managing to strip the committee boat of its wind indicator with its backstay before the start while clearing weed from her keel, Maitresse Gaat Vreemd, rounded the top mark in the lead in Race 2, and despite a strong challenge from New Moon, held on to take a well deserved victory.

They almost did it again in the third race, leading round the top mark for the second time. However a collision at the gate marks let New Moon through who went on to take a second bullet with Marie-Françoise XIX second and Feng Shui NED 26 (Arend Jan Pasman, Ron Azier, Kim Chabani) coming through for third.

After losing to Marie-Françoise XIX at the last event, Burger, middle man onNew Moon, was relaxed about their success today. “These regattas sometimes can turn out both ways. We sailed well in Como but Jürg Menzi and his crew just had a little bit of an edge of us. Today it seemed like we had an edge on them and the rest of the fleet but it’s one day out of many. Sometimes it’s just a flip of the coin that makes the difference and today it was in our favour.” 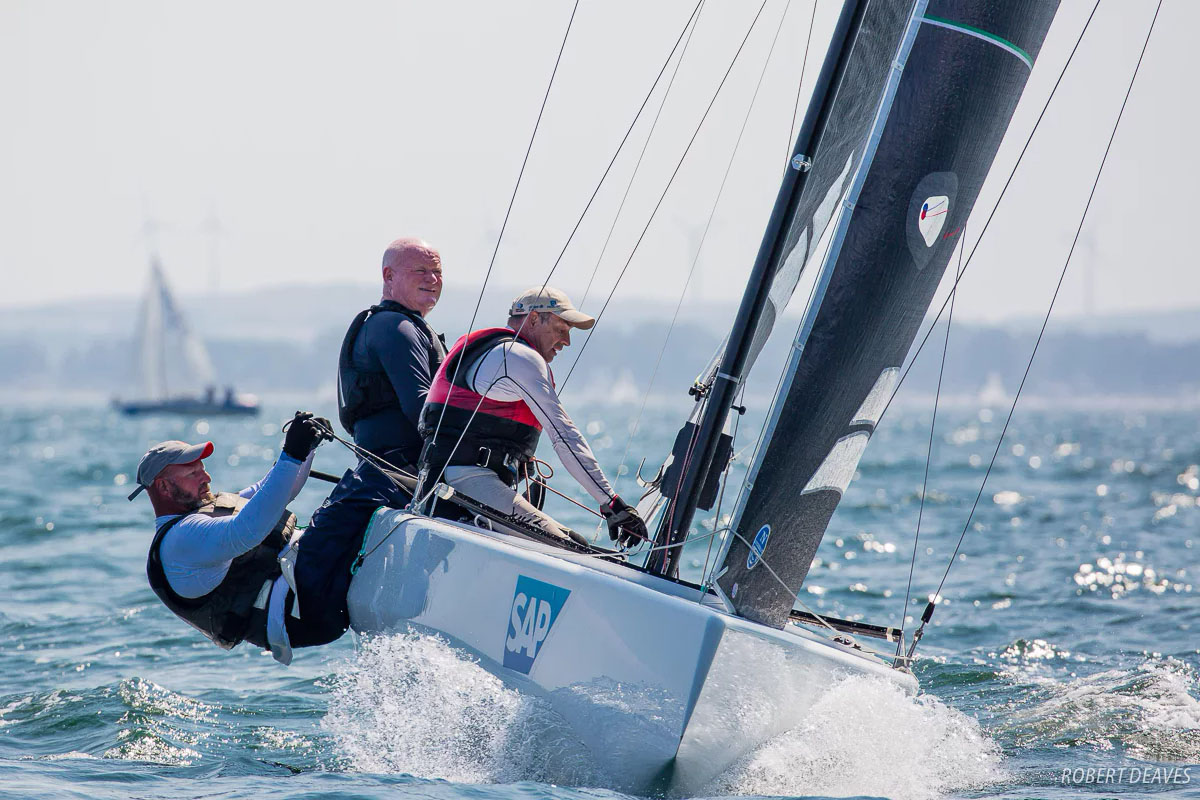 However, “We had some good lanes downwind. We knew we were comfortable in these kinds of conditions and we worked hard on the shifts; which were out there. It didn’t seem so obvious but there were shifts and pressure, so we gybed a few times at the right moments twice, which gave us once the lead and once to pass at in important time to get the second.”

“It was a beautiful day and a good start to the regatta.”

Opzeeland described his day, “It was great racing day. In the beginning we had to catch up and that worked. In the second race we went for the win, and in the third race we had a little accident at the downwind buoy so unfortunately that was a fourth place again.”

He described another incident before the start. "Before the race we went astern to get the weed off the keel and the rudder, but we did it a little bit too close to the committee boat so we hit the boat with the sail and then our running backstay hit a post and it flew off the boat. Luckily it was floating so they could recover it.”

While the front of the fleet is being contested by Modern 5.5 Metres, there are also five Evolution boats taking part (those built between 1970 and 1994). Drop Bear AUS 62 (John Bacon, David Sampson, Joost Houweling) is the leading Evolution after the first day.

Another is being sailed by John Lister and his crew from Canada, current North American champions. Knock Out CAN 80 (John Lister, Susan French, David Harker) is currently holding up the fleet, but Lister explained he is really enjoying being part of a major 5.5 regatta.

“It’s a pleasure being here. I will call today our training day, but my crew is still talking to me, so that’s good. And this is a wonderful spot to sail, just out through the gap and we are on the race course. It was quite choppy so I had to put some more power into the boat, but looking forward to tomorrow.”

“Kasper [Stubenrauch, the German Class President] contacted me back in around 2010 after I purchased a 5.5, not knowing all this existed, so he has been a guiding force for us and we now have 10 boats racing again in North America. Two years we went to Cannes for the 5.5 regatta there and last year Kasper came to Canada to race so we thought we would come and see Germany this year. It’s been a real treat.”

Racing in Travemünde for the 5.5 Metres continues until Saturday, and with no let up in the hot conditions forecast, the fleet are expecting more of the same.

Many more photos at: https://www.flickr.com/photos/fivepointfivemetre