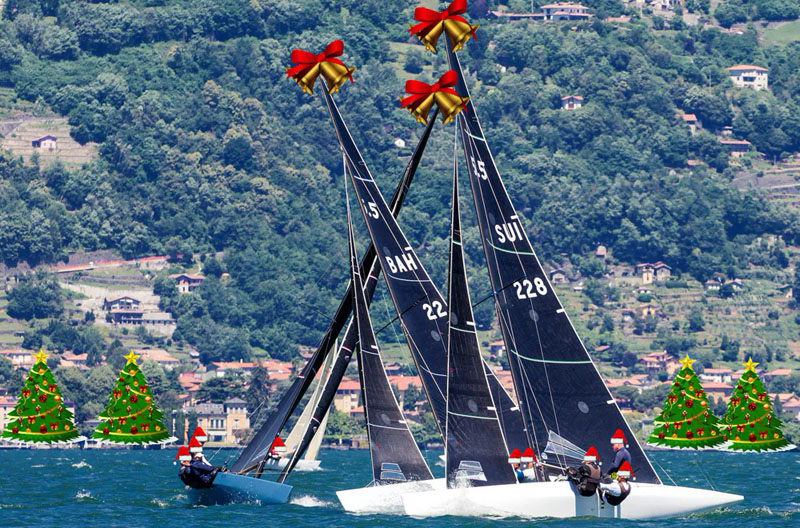 As we look forward to the coming year, the International 5.5 Class Association sends best wishes and season's greetings, while looking forward to an even more successful year for the class in 2019. But first...

A review of the 2018 Season 2018 has been a busy season for the 5.5 Meter Class. It began with the Australian Championship at the Royal Prince Alfred YC at Pittwater, which will host the 2020 World Championship. The event was won by Skagerak (Bob Stoddard), a Luders designed Evolution 5.5 Metre built by Lars Halvorsen in Sydney in 1974. ​​​

Then the focus turned to Europe with the Alpen Cup on Lake Garda at Torbole. The top three there went on to dominate the rest of the season with Artemis XIV NOR 57 (Kristian Nergaard, Johan Barne, Trond Solli Sæther) taking a narrow win over New Moon, BAH 21 (Mark Holowesko, Peter Vlasov, Christoph Burger) and Marie-Françoise XIX, SUI 228 (Jürg Menzi, Jürgen Eiermann, Christof Wilke).

In June the Enoshima Trophy was held at Glücksburg on Flensburg Fjord as part of the "Robbe & Berking Sterling Cup". The Enoshima Trophy is held every two years in memory of the class's participation in Olympic Games from 1952 to 1968, using boats still in configuration of the then applicable rules. It was presented in 2012 by Dr. Herbert "Biwi" Reich, Olympic participant in Tokyo 1964 with Subbnboana G-12, which also won this year's event.

Next up was the Swiss-Italian Open at Gravedona on Lake Como, and a dominant win for Marie-Françoise XIX laid down the gaunltlet for the battles to follow. New Moon turned the tables at the German-Dutch Open at Travemünde in June, easily winning the event with a race to spare. Both boats went into the world championship at The Royal Yacht Squadron at Cowes with bragging rights, but Artemis XIV returned to keep them honest and started off by winning the Scandinavian Gold Cup, for the tenth time for Kristian Nergaard, from Marie-Françoise XIX, just before the worlds started. 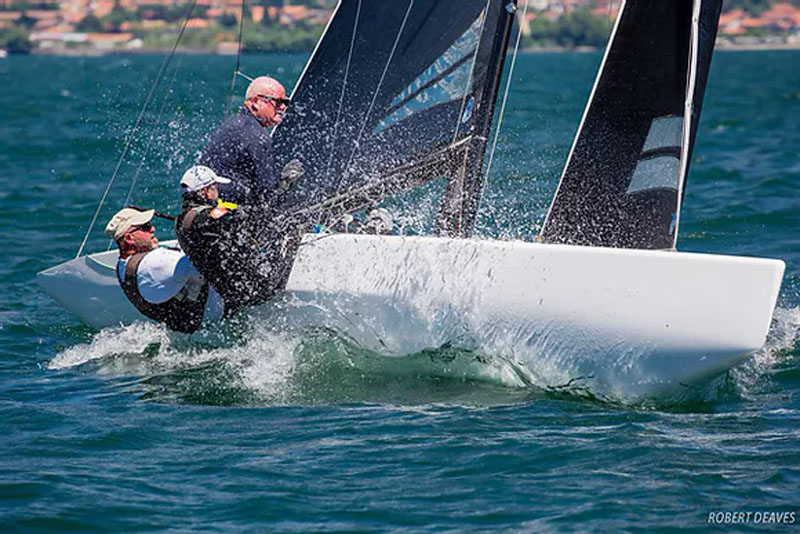 The world championship in Cowes, UK, was the most hard fought for event of the year, with several boats in the running for a while. Artemis XIV couldn’t repeat their form of the previous week, while defending champions, John B, BAH 22, (Gavin McKinney, Lars Horn-Johannessen, Mathias Dahlman) performed well early on but then dropped back in the windier races towards the end of the week. Two wins for New Moon on the fourth day took them to the top and they rounded off the title win with a race to spare.

A few weeks later in Cannes at the Régates Royales/French Championship, New Moon won again in very light winds, after a strong challenge from Otto SUI 209 (Bent Christian Wilhelmsen, Lasse Berthelsen, Luka Strahounik). The European season then wrapped up with the ever popular Herbstpreis on Lake Thun at the foot of the Eiger, where Marie-Françoise XIX closed the season with another victory.

While the Australian fleet is growing in anticipation of the 2020 World Championship, there are also growing numbers of Classic boats in North America with the focus on two events in Spring and Fall at the Midland Bay SC. Nantoria CAN 22 (John Lister, Susan French, Dave Harker, Bill Mills) won the North American Regatta in June. Lister also won the Fall Regatta in Purple Haze, USA 51. 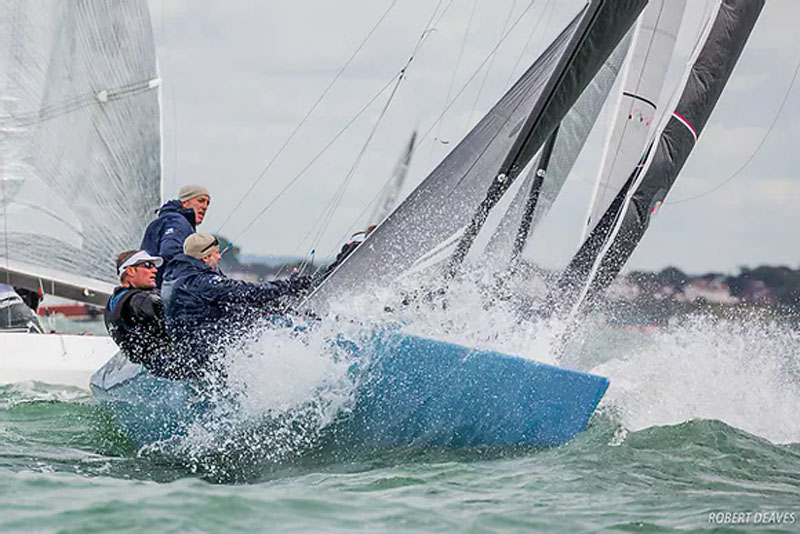 Five events, in five nations, count towards the Five Nations Cup. In 2018 these were the Australian Championship, the Alpen Cup, the Swiss-Italian Open, the German/Dutch Open and the French Open.

Initiated by a group of Modern sailors in 2011 in order to concentrate the Internationally active boats at selected events, the Five-Nations-Cup is sailed for at the annually nominated 5 top-regatta-events, not being a World or European Championship.

The deed of gift had in its initial year three out of five countries (SUI, NED, GER) set; additional countries chosen have so far been Australia, Austria, France, Italy and Norway. Any boat participating in at least one race accumulates points from all races, with one discard.

In 2018, a total of 9 Classics, 11 Evolutions and 23 Moderns completed in at least one qualifying regatta. The winners of the three cups were New Moon BAH 21 (Modern), Ali Baba GER 84 (Evolution), and Baragoola AUS 26 (Classic). 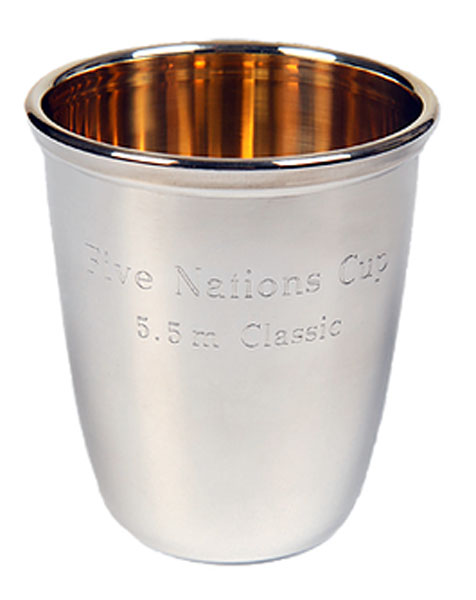 Looking forward to 2019 The schedule of events for 2019 has been published here: http://www.5.5class.org/calendar with the calendar split into Catergory A and Catorgory B events.

The full international calendar is: 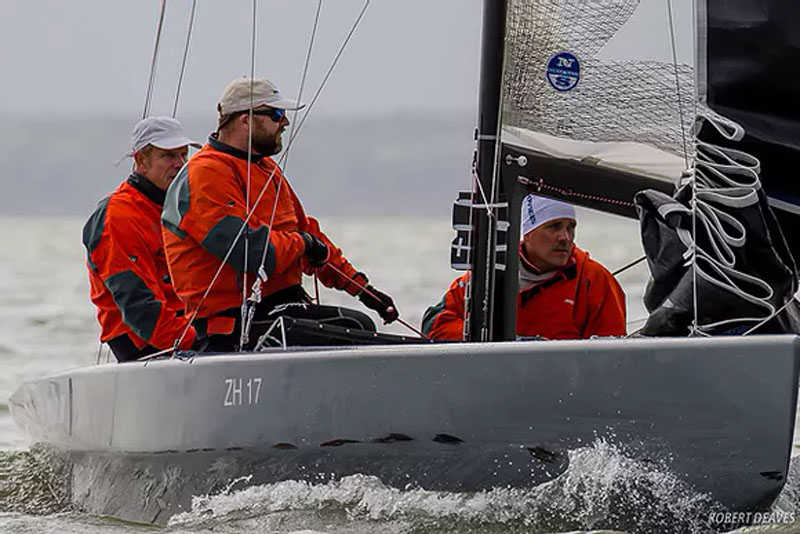