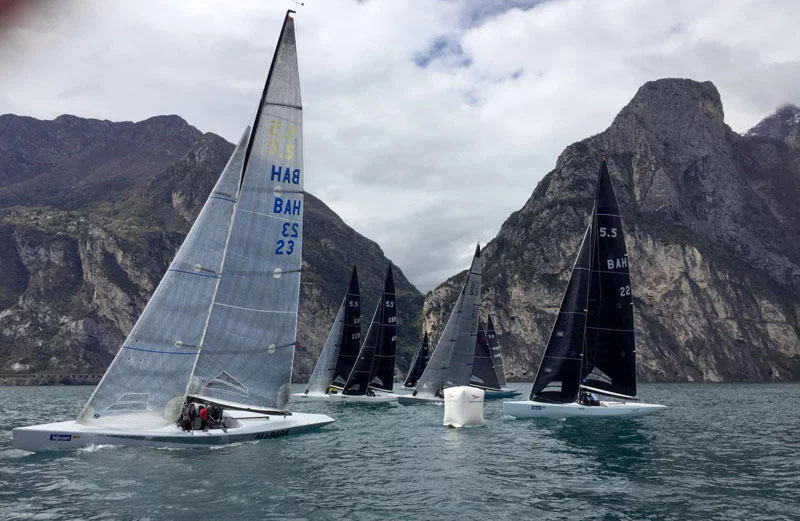 Eleven boats from four nations gathered at Circolo Vela Torbole from 4-6 April for the 2019 Alpen Cup. Earlier in the week they enjoyed some nice sea breeze sailing, but unfortunately the weather turned when racing was about to start and the first day was abandoned because intense rain. In the remaining two days a total of seven nice races were sailed in a moderate breeze from the south between 8-14 knots.

The second day started slowly, with the race committee not wanting to go out in the northerly breeze. A 1pm start was eventually set and the fleet waited for the southerly to fill in before the start of the first race. The wind was very much to the left, so it made it difficult to call the strategy. Current world champions, New Moon BAH 21 (Mark Holowesko, Peter Vlasov, Christoph Burger) made the best of that and took to the first win of the event.

The short starting lines made it difficult for everyone to come off the line, GBR 40, (Peter Morton, Andrew Palfrey, Ben Cornish) who are new to the class learned quickly and pulled out a second and a first in the following races. Marie-Françoise XIX SUI 228 (Jürg Menzi, Cyrus Colchan, Andreas Honegger), won the second race in style. 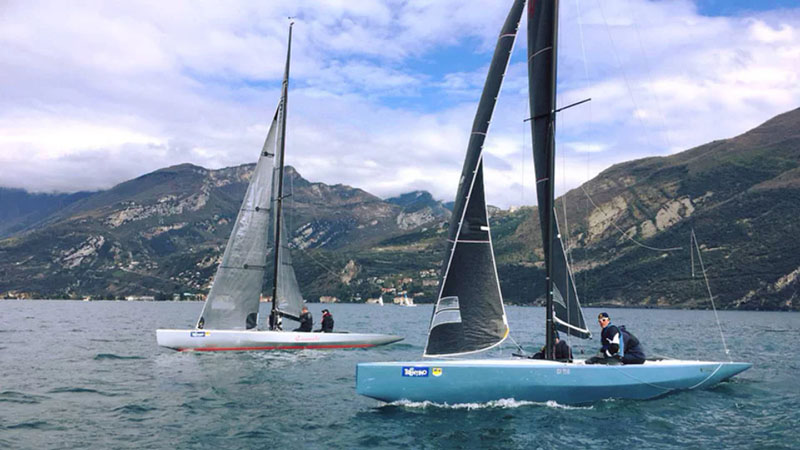 Vlasov commented on the race win, “It was not exactly standard weather conditions with huge pockets with no wind all across the lake. Race one was a lousy start for New Moon. We had to tack away to the right side of the course because of boats above us, which actually paid off. We almost immediately found the layline and drag raced up to the top mark. All boats on the left over stood the mark and came in behind us. We lead the entire way and won the race even after some shenanigans with the spinnaker between the bottom mark and the finish line.”

“Race 2 was another disastrous start for team New Moon. No winning lift after that, sadly. We inched our way back to the middle of the fleet with good boat speed. Race 3 was also tricky since at about 30 seconds before the start the wind shifted and died and almost stopped the boat. We muscled our way into second-third place on the upwind leg and managed to come in third at the end.”

No more racing was possible that day due to the late time of the day. 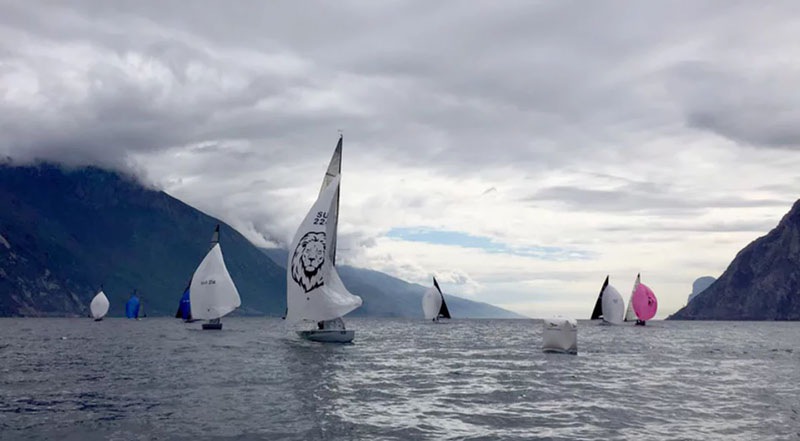 On the third day there was again a moderate south wind with four races sailed. It was a long and tough day for the 11 teams. Starting lines were on the short side again but well laid to the wind direction. The races were on average about 40 minutes. GBR 40 came off the lines in the beginning of the day really well and surely enjoyed the new 5.5 Metre challenge taking two bullets. New Moon had a first bad race before pulling off a 2,1,1.

The event also marked a return to the class for Craig Symonette, who picked up a consistent series of mainly second and third sailing Ali Baba BAH 23 (Craig Symonette, Flavio Marazzi, William Alloway). He said, “Having not sailed in the class for 5 years it was wonderful to be back with so many familiar faces.”

“Flavio and Will set up Ali Baba in an excellent format and I enjoyed sailing as a team. We are looking forward to Australia together.”

Peter Morton said, "I bought the 5.5 following on from conversations with Pete Vlasov and seeing the Worlds in Cowes. He introduced me to Victorine [Bredero] who was selling NED 31. Gavin McKinney assured me it was a good boat despite being a 2003 build. We made some changes to the systems and sailed the boat three weekends in Cowes over the winter before turning up in Lake Garda for our first regatta."

"We were comfortable with our speed and managed to get reasonable starts are go the right way generally. Ben Cornish has sailed on the lake a few times in his Finn so we had a bit of prior local knowledge."

"We are extremely grateful to so many people in the fleet. Everybody has been so helpful with friendly advice and the social side of the Class is great fun. Hopefully we can encourage some more British owners into the fleet but we are looking at sailing in Norway and Finland before shipping the boat to Sydney."

The CVT really made the best out of the difficult weather situation of that week and were once more very welcoming. Everyone looks forward to come back next year and hope for better weather.

The next International 5.5 Metre event is the German Open, which this year is being held as part of the Part of Robbe & Berking Sterling Cup Regatta, Flensburger Segelclub (FSC), Glücksburg from June 12-15. 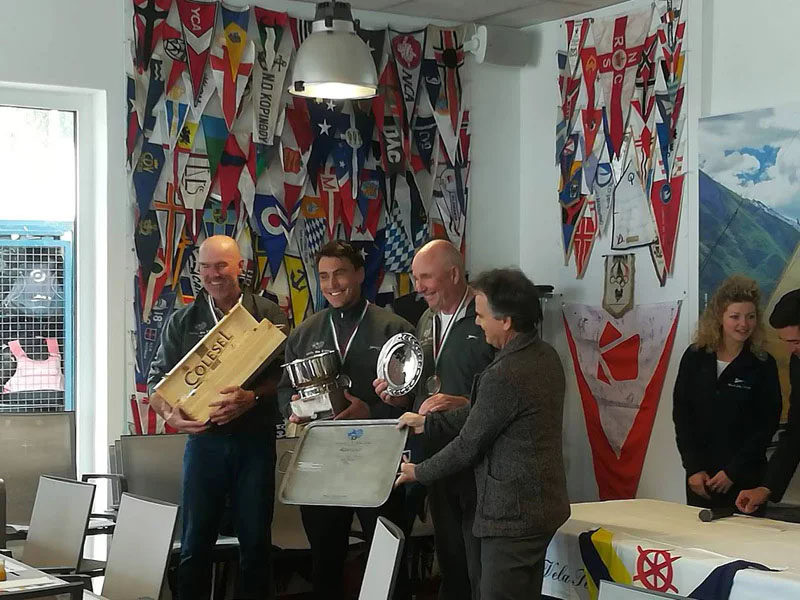