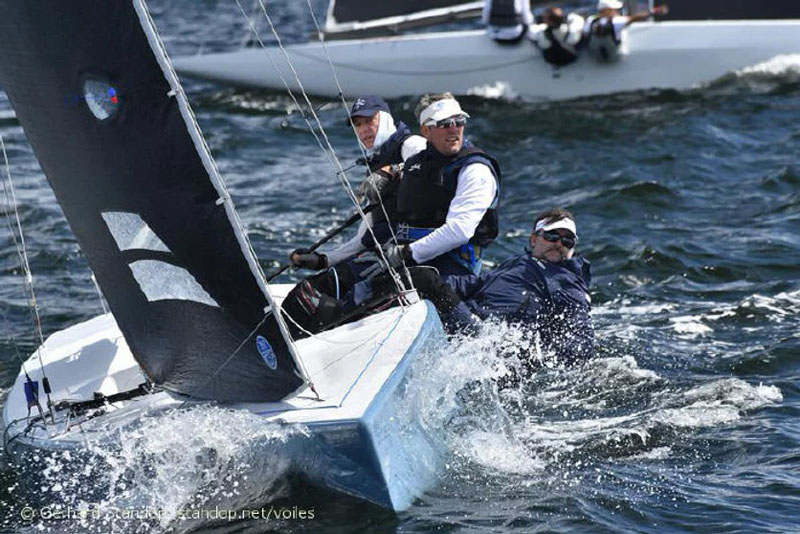 On the 25th anniversary of the "Robbe & Berking Sterling Cup", our Class had been invited to participate. 18 boats from 5 Nations had registered and the 5.5s were racing next to 6mR and 12mR boats.

The first day had sunshine and good wind, close racing brought good points for many. In the evening the 5.5m crews joined for dinner at the hosting FSC yacht club, giving a special welcome to our Greek friends, who had chartered a Modern, "Clark Kent". A good experience for him & his crew said Stavros, who owns & races a Classic (GRE 3 / ex SUI 17) in Greece.

On Friday racing continued on the pictoresque Flensburg Firth, going up and down between the Danish and the German coastline. Finding the better side was not only a matter for the locals, some boats had trained prior to racing. During the last race a deep dark grey cloud mounted over the location, followed by an impressive combination of thunder, wind & rain, hitting the boats on their way in.

On Friday evening the Robbe & Berking boatyard was the location for the Big Party of the event, sponsored by ZWIESEL, offering a fantastic grill buffet, a wide selection of beverages, live music and a dancing floor. Having dinner next to a shiny mahogany built 6mR or under an equally impressive 12mR, sitting on large mahogany plank-tables one has to experience; such an impression is difficult to put into words. Good conversations between crews from the different classes added to the R&B hospitalilty.

Next door to the yard, in the R&B Yachting Heritage Center, an exhibition of Maritime Art and several RIVA boats could be seen - and those, who found their way upstairs had the chance to look at the recently presented 5.5m permanent exhibition, with several half-models, prizes & regatta documents. This exhibition had been an initiative of Hans-Jürgen Queisser and was then supported by Oliver Berking. 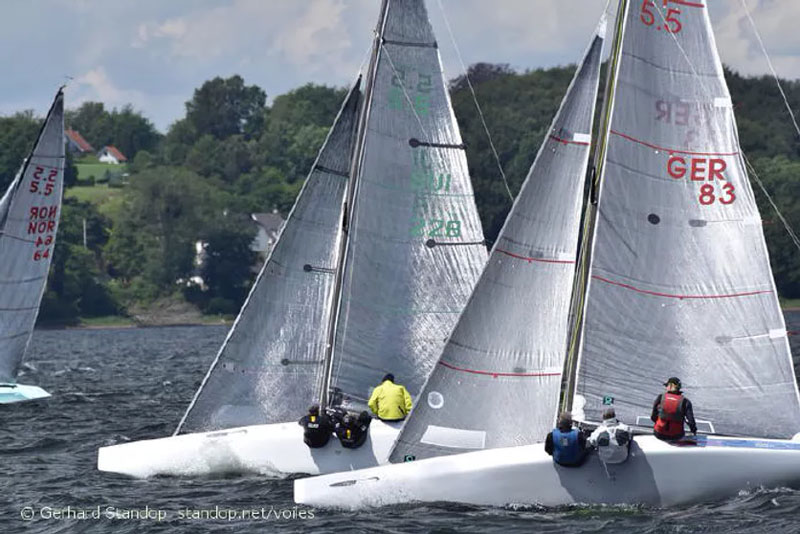 On Saturday the weather forecast had up to 30knots with another dark grey cloud combination in sight, which lead to the cancellation of the racing; sad - but safety first. The boats from SUI, BAH, GRE, NOR & GER packed up and joined for the prizegiving at the FSC. Several ranking prizes and perpetual trophies were handed out, new in this context is a perpetual trophy for the best Evolution boat, first time winner 5.5 GER 37.

The event closed with a big Thank You from our Class to the hosting FSC and their helpers & race committe, the Sponsors Robbe & Berking and the long distance travellers.

Some of the sailors will have noted, that we did have a Journalist and a Yachting Photographer on the water. On the occasion of the 70th anniversary of the International 5.5 Metre Class, the biggest German Yachting Publisher will bring full coverage from the event, highlighting the Class & Construction development, therefore especially featuring 5.5 GER 66 (Classic) and 5.5 SUI 211 (Modern), including statements from the owners and other participants. Publication is foreseeen for autumn this year. 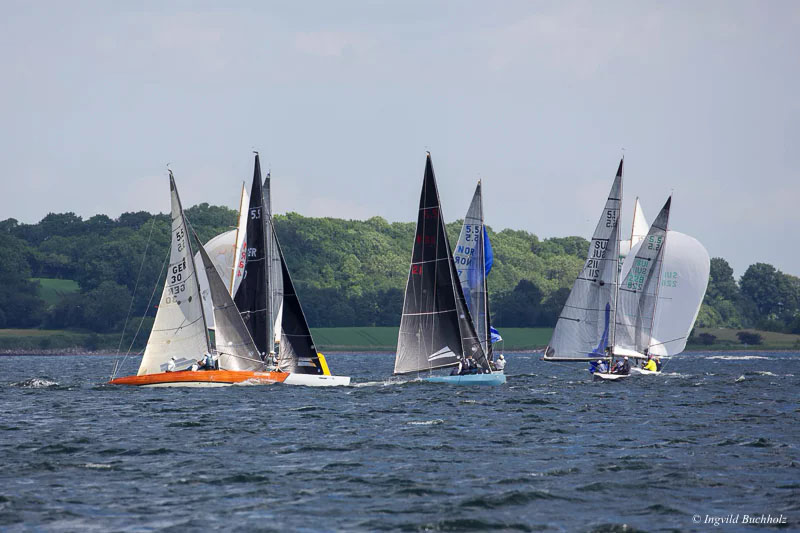 Results can be found here.

Many more photos can be found here.