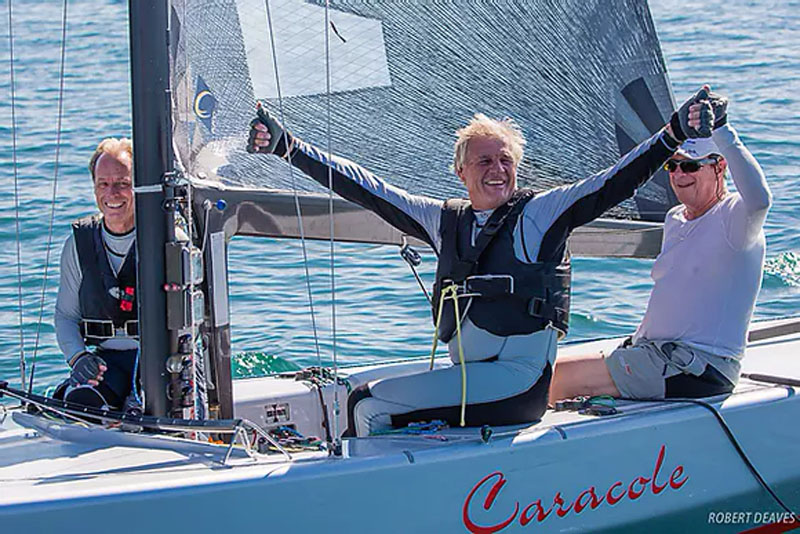 The third day of the Swiss Open was another day of hurry up and wait. A scheduled 9.30 departure turned into a 10.00 departure and then an 11.30 return to the club as what little wind there was earlier on Lake Geneva got sucked away by the increasing high temperatures, again well into the 30s.

By 14.00 a light thermal breeze was starting to build and even as some were considering packing up, the fleet was released for a first start sequence just after 15.00. The day belonged to Caracole, who could barely put a foot wrong all day, winning both races comfortably, while her main rivals struggled in the light and fickle breeze.

In Race 5, Caracole made the best of the first upwind, while those who went right struggled a bit. She rounded ahead of Pungin and Marie-Françoise XIX and seemed to have a speed advantage downwind to break away. The race turned into a procession with no further changes until the finish. 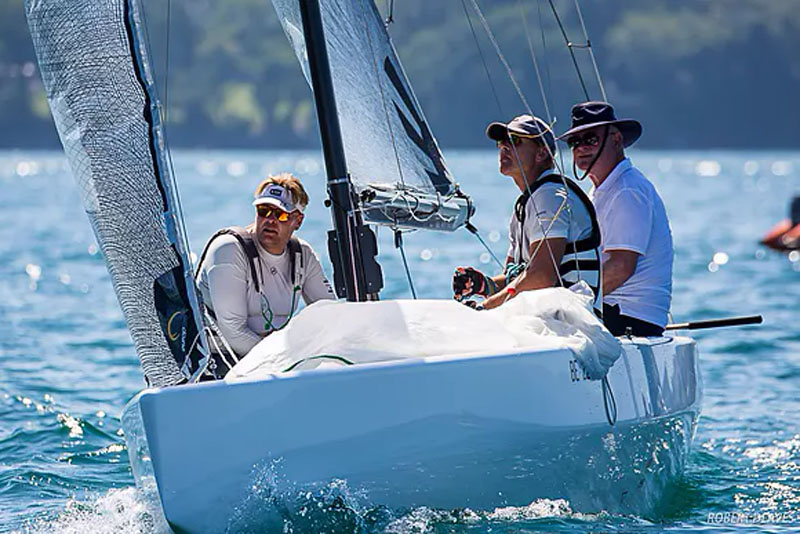 With the breeze already on the way out, Race 6 got away promptly and this time it was Dune (SUI 218 Philippe Kolly, Philippe Dupont, Annette Martin) leading at the top from Caracole and Pungin. Marie-Françoise XIX needed to win the race to stand a chance of defending her title, but rounded mid-fleet and could not find a way back over the next two legs. Caracole rounded the gate right behind Dune and then moved ahead on the final upwind to take a comfortable win, with Dune in second.

The final downwind was quite painful with the breeze down to 2-3 knots at times. However, Marie-Françoise XIX, went extreme wide to the right and found enough pressure to make up a lot of places and come into the gate at speed to take third on the line. But it wasn’t enough to deny Caracole victory.

With six races completed and the wind rapidly decreasing the race committee sent the fleet home and ended the regatta.

Nicolas Berthoud, on Caracole, explained the situation. “When the thermal breeze is hot like that it is not easy, but we had two nice races. Normally you have to go to the right hand side of the course, but today you had to play with the pressure and we did that very nicely.”

He said the downwinds were quite stressful. “The further down the course you go the less pressure there is and the boats from behind are catching up and when you round the mark, it is a relief because when you go up again you stretch out again and that’s a nice feeling.”

Caracole has now won four Swiss titles, the last one two years ago. “We are always there and in these light conditions, we are not the heaviest crew, and we like light winds.” In the last race, “Jürg did a really bad start but came back on the downwind, though not as much as we were scared he might do.” 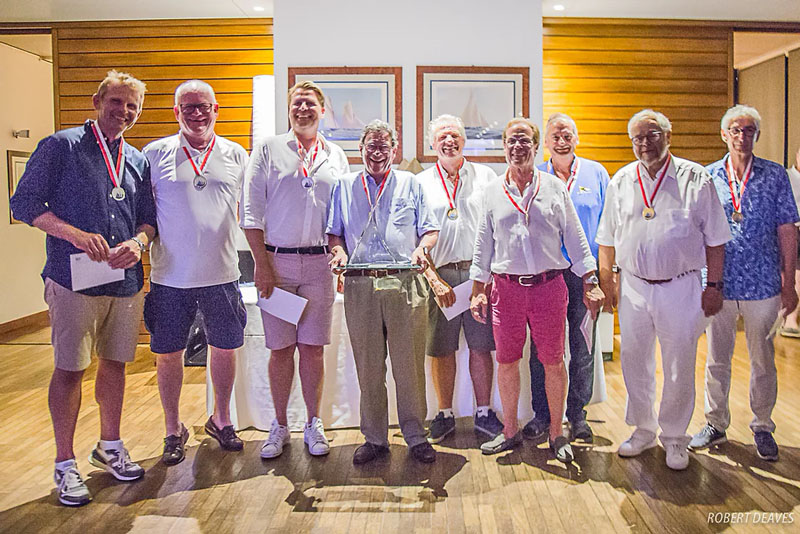 While Berthoud and skipper, Bernard Haissly, have now won four Swiss titles between them, the third crew member is up to about 21. “Probably the most titles have been won by Daniel Stampfli. He won 17 sailing with Jürg and now four with us.”

He concluded, “It’s really exciting to win. We are really pleased. Jürg is always there and Pungin is always there. It is never done before the last race. So we were really happy to win this championship.”

The fleet heads north next, to Helsinki, Finland, where the 100th Scandinavian Gold Cup and the World Championship will begin on July 24.