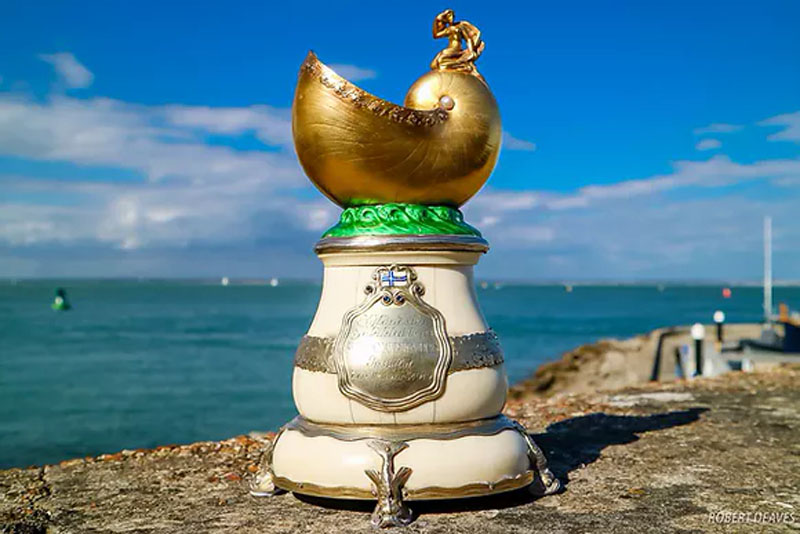 A century ago, the Nyländska Jaktklubben (NJK) in Helsinki, Finland, created a rather small and ornate prize for a race between yachts in Scandinavia. That first year, 1949, it was a single race between teams from Sweden and Finland. Sweden won. Later it was handed over to the Scandinavian Yacht Racing Union (SYRU) and an international competition was sailed in 6 Metres. Since 1953, as the only metre rule keelboat then left in the Olympics, the now highly prestigious Scandinavian Gold Cup has been sailed in 5.5 Metres.

This week, the 100th Anniversary Scandinavian Gold Cup, the 92nd sailing of the Cup, will be sailed back where it all began, in Helsinki. Eight 5.5 Metres will challenge for the honour of winning for their country and their club.

As two-time winner, Jurg Menzi, helmsman of Marie-Françoise XIX, from Switzerland, put it "It’s a nice anniversary of a very prestigious cup, for sure for all Scandinavian countries, where winning this cup is more prestigious and of a higher value than winning the World Championship title. It is a ‘sea battle’ with a very special format: fleet racing that ends in match racing. Only first places counts...there is no second."

The fleet is the most competitive for some time. Mark Holowesko, helmsman of last year’s world champion boat, New Moon, from The Bahamas, said, "We are thrilled to be competing for the Gold Cup. Considering the anniversary, sailing for the Cup is perhaps more exciting than the World Championships and it is an honour to be doing so in Finland where the trophy originated."

Many regard the Scandinavian Gold Cup as a crucial part of the class’s history, an event that held the interest in the class, and held it together, in the post Olympic years. The defending helmsman is Kristian Nergaard, from Artemis XIV, of Norway, who has been in the class for 20 years, and won the cup seven times as helmsman. 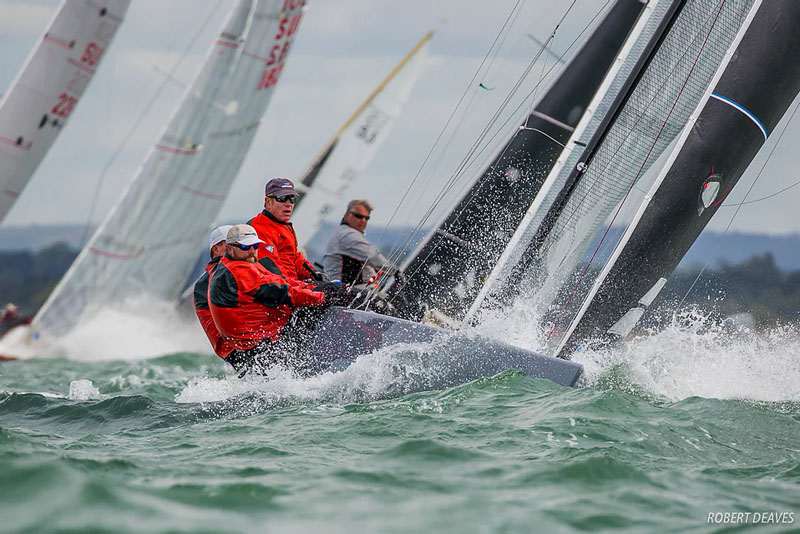 He sees some positive growth in the class in recent years, “I have seen ups and downs on participation, boats being build and the type of sailors who come and go. But at this point I see some positive signals with 2-3 new boats being built and that boats built back to 2003 still being competitive in the modern fleet. Also there is good enthusiasm in the evolution and classics fleets."

"The Gold Cup has a great history and there is nothing like the cup itself. Also it has been important for the 5.5 Meter class for years."

The format for the Gold Cup is unlike any other. After three races, only those who have won a race stay in. The winner is the first to three wins. So the event can be over in three races or it can last to the full seven races. At the most, three boats can move to the finals stage.

Racing begins Wednesday 24 July and continues through to Saturday 27 July, but it could be over on Thursday if one boat is dominant.

Straight after the Scandinavian Gold Cup is the world championship. This year the class is celebrating 70 years and the worlds has attached 25 entries from nine nations. There is a strong Classic and Evolution fleet. Classics are generally boats built in the Olympic era, while Evolutions, are those built between that period and the modern boats built today.

Nergaard continues, “For this years Gold Cup and Worlds I see that there are many good sailors out there to beat. Looking at past results, it is a typical thing that if you win the Gold Cup, you will not win the worlds, or vice versa. Winning any of the two regattas would be challenging but I hope our team is well prepared to do well. We have sailed the German Champ and Hankø Race Week and I feel we are in good shape for Helsinki.”

“It is certainly great to sail the Gold Cup for the 100th anniversary and I know the Finns have put a lot of effort into making it a good event.”

Holowesko said, “Defending the World Championship will be difficult, but we always approach the racing well prepared and organised to give it our best effort. This year will be the same. The fleet continues to improve in depth, so we always try to improve as well and we look forward to competing next week.”

Menzi added, “This year we have a fleet of around 30 boats, all of good quality...including the usual suspects. Seventy years anniversary of the class, and it is still going strong.”

Racing for the 2019 5.5 Metre World Championship begins on Monday 29 July with a 9 race series ending on Friday 2 August.