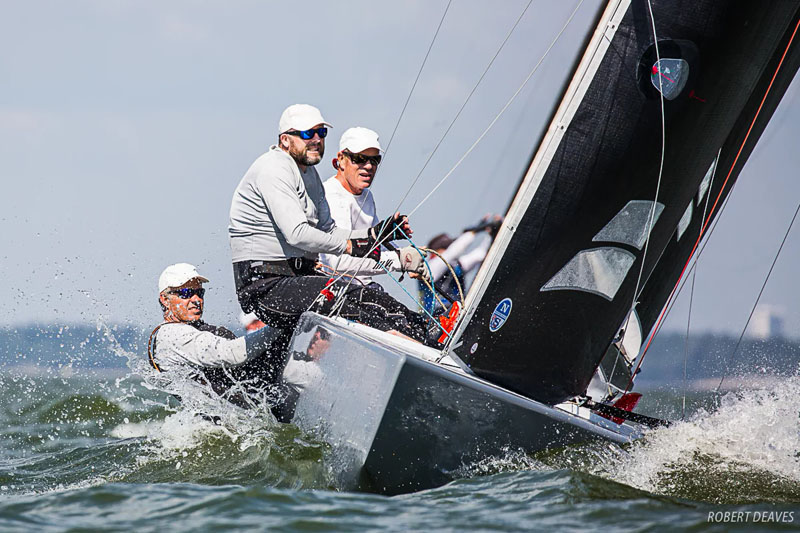 Eight 5.5 Metres took to the water at midday on Wednesday in a light northerly, under hot and sunny skies, with most needing a tow more for the more than 5 mile trip to the course area through Helsinki’s complex archipelago of islands. On the water it was exceptionally hot, with the unusual northerly breeze being replaced by a building sea breeze that topped out at around 10-12 knots.

Several boats chose the right side out of the start, but those on the left were ahead in the first cross. Artemis XIV rounded the top mark with a very narrow lead over New Moon and Marie-Françoise XIX in a very tight pack close behind. The boats remained close downwind and New Moon exerted some pressure up the second beat, but Artemis XIV was not to be passed and little by little eked out a winning lead. By the final upwind, the fleet was in both corners looking for a way back. Marie-Françoise XIX closed on New Moon, but they finished in the same order as at the top mark.

In an event where only wins count, the first win went to the Cup holders, Artemis XIV.

Johan Barne, middleman of Artemis XIV said, “It was a good race. We had pretty light breeze to start with, but still hiking conditions, but on the light side. We had a good start and had good speed early on in the first half on the first beat and then it became a bit closer. But we were able to round ahead just in front of the other boats. Then, playing the tactics we were able to defend all the way round the course. It was a great race and great conditions as well.”

At times Artemis XIV was having a tight battle with New Moon “I think we were certainly even in speed, it was just a matter of getting the first cross ahead and getting round the mark ahead. If it was reversed, it could easily have gone their way. The course was slightly biased as well, so it was easier with a lead.” 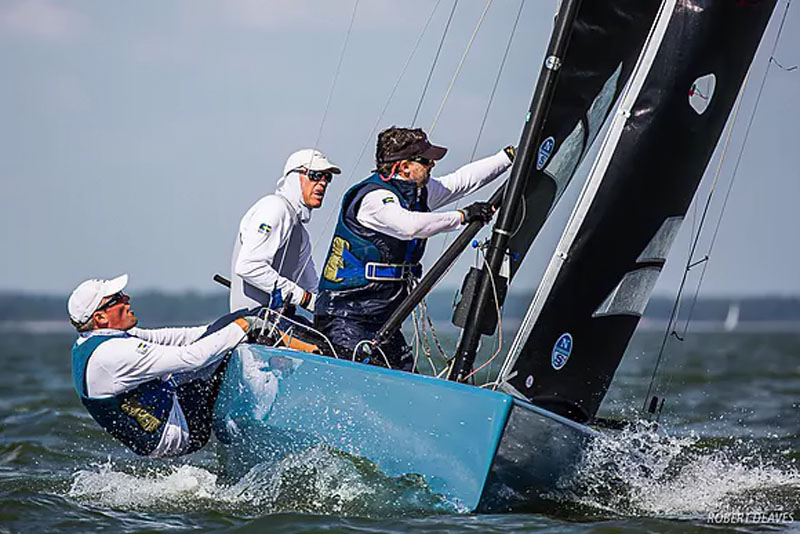 Barne has sailed 5.5 Metres with Nergaard for 12 years, with Trond Solli-Sæther joining the team a few years later. “We won three worlds with this team so it’s nice, and a lot of fun.” He couldn’t sail last year in Cowes, when Artemis XIV won the Cup, but agrees there is strong incentive to win this year.

“It is always nice when they highlight a race and with the Gold Cup it is so much about the heritage of the race. Then being able to sail on its home turf is a great thing for us for sure.”

“Winning the first race is really nice as well as you know you are in the game for the continuing races and I think we can relax a bit more when we go out sailing tomorrow.”

Henrik Lundberg, skipper on the Finnish entry, 5Billy5 said, “The wind picked up with the sea breeze coming in. Really great conditions and filling in more every lap so we had really nice sailing. We chose to go right after the start but that didn’t really pay off. There was better wind up the course, so we were behind from the beginning. But we were catching up and then we had some mistakes. We hit Jurg Menzi when we going behind him so we had to take a penalty turn. But the boat was doing well. The speed was good so we look forward to the racing tomorrow.”

The boat they are using is an Italian boat on charter. “It is actually Jussi Gullichsen’s old boat. He sailed in the Olympics in Tokyo in 1964 and he had a lot of boats and I sailed a lot with him, and this was the last boat he had and he sold it to Italy some years ago. So we were allowed to borrow his old boat back. We have sailed this boat before so we are familiar with it. It is a nice boat.” 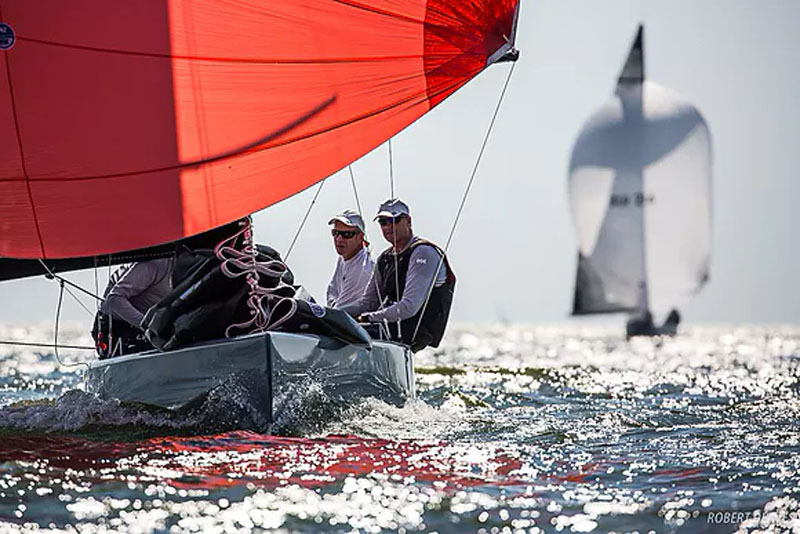 On the prestige of sailing in the 100th Anniversary Scandinavian Gold Cup, “Of course this year us special as the Gold Cup is 100 years old and the Gold Cup was invented in 1919. Finland became independent in 1917, but in 1919 it was decided it was going to be a republic, but there was an issue with the flag. In Finland the yacht clubs had the flag 50 years before, and the state of Finland sort of stole it from the yacht clubs in 1917, and in 1919, they agreed the yacht clubs could still use it but we had to put the white stripe in the middle, and to confirm that they made this Faberge trophy with the flag on it.”

“And that is what we are celebrating now, and it’s really nice to represent Finland in this competition.”

Racing is scheduled to continue through to Saturday 27 July, but will conclude as soon as one boat has scored three race wins. On Thursday the fleet is also joined by the Classic and Evolution fleets racing for the Royal Kaag Classic Cup and the Hankø Evolution Trophy, which also continues through to Saturday with six races scheduled. Racing for the 2019 5.5 Metre World Championship begins on Monday 29 July with a 9 race series scheduled, ending on Friday 2 August. 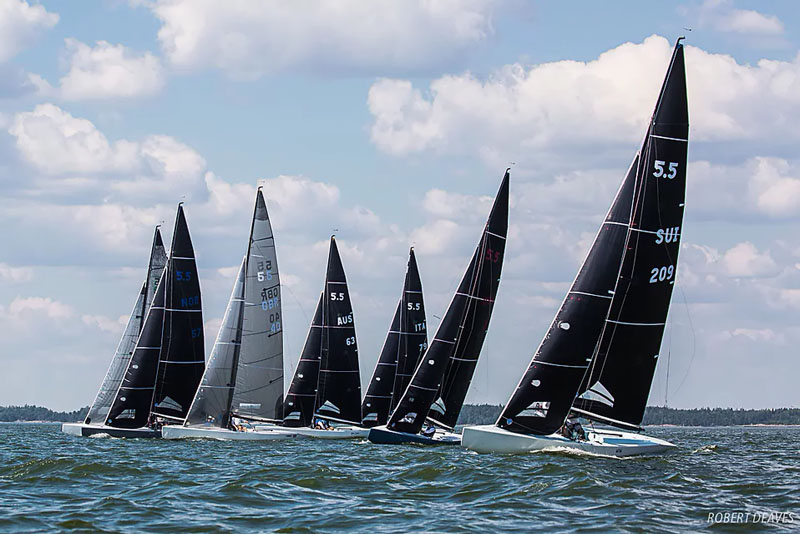 Many more photos at: https://www.flickr.com/photos/fivepointfivemetre