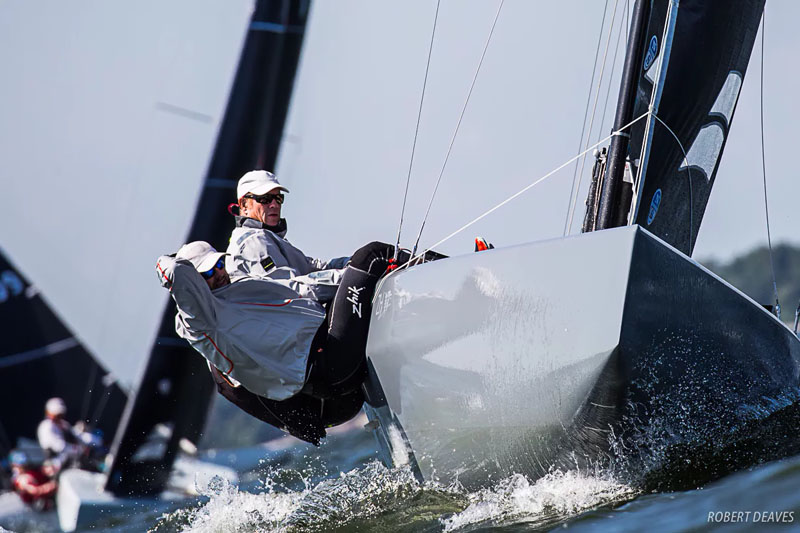 After another clinical performance in the second race of the Scandinavian Gold Cup at Nyländska Jaktklubben in Helsinki, Finland, Artemis XIV (NOR 57, Kristian Nergaard, Johan Barne, Trond Solli-Sæther), looked set to clean up and retain the trophy, but a few mistakes in the second race of the day, left Girls On Film (GBR 40, Peter Morton, Ben Cornish, Sam Haines) in the lead, which they took advantage of to force a match race on Friday to determine the winner of the 100th Anniversary Scandinavian Gold Cup.

Artemis XIV needed just one more win to defend the Cup, and in Race 3 rounded the top in second place behind Caracole. However the first downwind changed everything with Artemis XIV and New Moon on the left running out of pressure while those who were further to the right came in ahead. First of these was Girls On Film, who led up the second beat from Caracole.

Everyone was trying to find a way back. Only Girls On Film was constant, maintaining the lead all the way to the finish. Artemis XIV got back up to second, but it was too late to stop a match race on Friday.

Ben Cornish, middle man on Girls On Film explained the day. “Conditions were nice today. We had 10-12 knots in the first race, which slowly softened during the day and shifted to the right a bit. The last race was particularly tight between all the boats, which was nice.”

In Race 3, “It felt we all wanted to get to the right on the first beat so out of the start everyone was quite early onto port. The first windward mark was very quite tight and everyone was early to gybe and we managed to find a little bit of a low road in with some clear breeze down the run and managed to get round the front of people which gave us the lead up the second beat.”

“The next two laps were then pretty stressful trying to manage the race course, when all you need is a race win but people are obviously going to split the course to increase their chances. So we were fairly confident that the right side was stronger, so you had to stick to your game plan and the boys were really confident in what we were doing so that was good.” 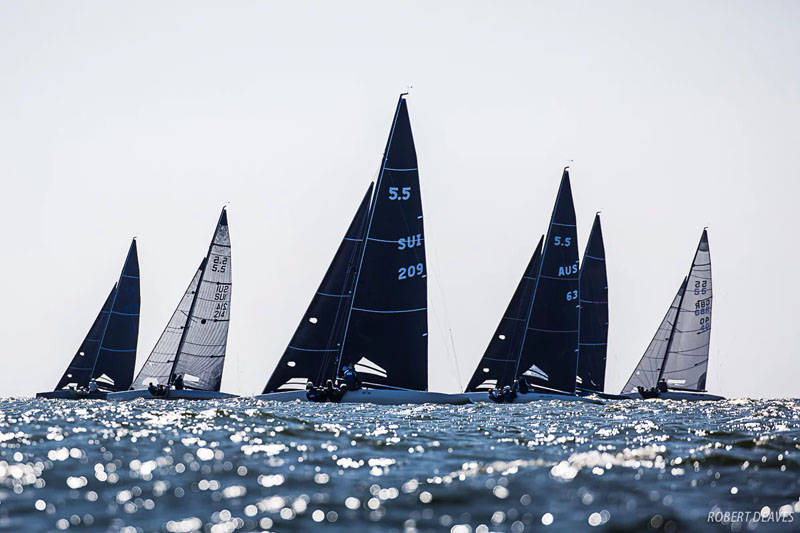 On Friday, “We are on the back foot I guess. If we managed to snatch in a win in the first race then it’s all on the line for the last one, so it will certainly be exciting and I’m looking forward to it.”

This is the team’s first year in the class, “The most overwhelming thing is is how close and friendly the fleet is. We did our first event in Garda back in April and everyone was super welcoming for a new group of faces and trying to help us into the class, which was really nice.”

“And the boat itself is beautiful to sail, how is sets up and when it gets in the groove it is effortless to keep sailing. You can kind of relate that to the small boats like the Finn, which I used to sail, and some of the tweaks are similar. It’s a really nice boat.”

“We’re having a great time. We are in the Evolution fleet, which is quite small, but it was our first day racing the boat since we did some renovation on it and it’s going fine. We’re rapt to be in the Hankø Evolution Cup, but also this is training for next week, for the worlds. Our target is to be a good Evolution boat and we had a nice day today with two bullets.”

About the boat they are sailing, “It was built in 1993 by Christoph Wilke, I think it was the first boat he built. It’s a great boat. We rescued it, it was a bit run down so we’ve given it a nice paint job, put a new rig in it and got some nice sails.”

The attraction of sailing an Evolution “We have the worlds at our club next January and I think it will definitely be the biggest fleet in that regatta. All our friends have been buying Evolutions from around the world. We’ve already got 6 or 7 at the club, and that was the reason why we decided to get an Evolution.”

“It’s a great part of the fleet. We don’t do 5.5 racing enough to compete with the modems. These guys sail maybe 8 times a year. We come over here and sail 1 or 2 regattas a year. It’s a nice sweet spot for us to have a lot of fun.”

A maximum of two more races are scheduled for the Scandinavian Gold Cup, while the Classic and Evolution fleets racing for the Royal Kaag Classic Cup and the Hankø Evolution Trophy, continue through to Saturday with four more races scheduled. Racing for the 2019 5.5 Metre World Championship begins on Monday 29 July with a 9 race series scheduled, ending on Friday 2 August. 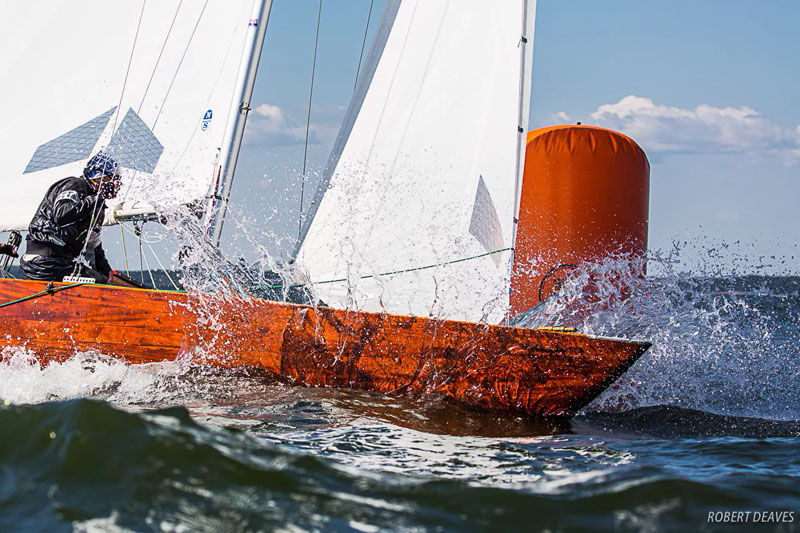