Double bullet for Artemis XIV on Day 2 of 5.5 Worlds in Helsinki 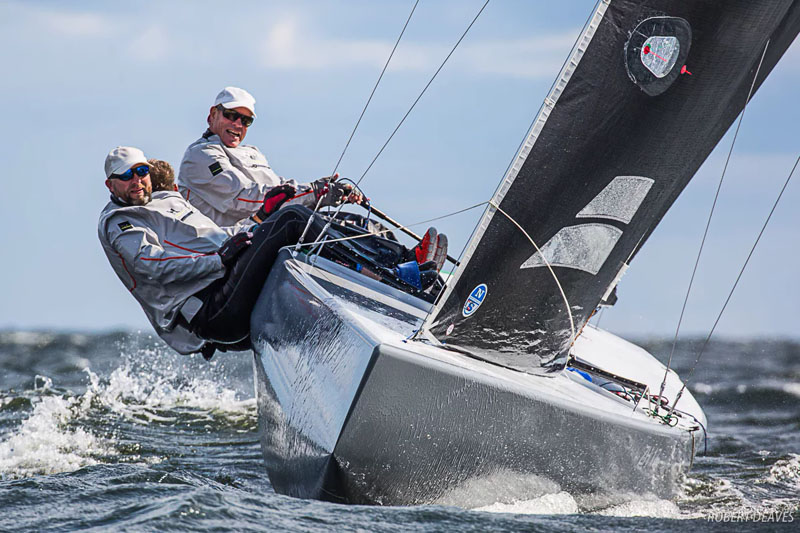 Tuesday was always looking like being the windiest day of the week, but no one expected it to become as windy as it did, gusting to 24 knots during the second race of the day. At times the wind was down to 5-6 knots, so there were plenty of opportunities for gains and losses. In general Artemis XIV took all the gains and let the other boats take the losses.

Downwind, there were large pressure changes and New Moon got stuck in the middle with boats passing both sides. Artemis XIV rounded the gate in the lead and led round the remaining marks to take the win, with Marie-Françoise XIX (SUI 228 Jürg Menzi, Bo Selko, Knude Rasmussen) coming through to second and Girls on Film picking up the first of two third places.

Girls on Film then won the pin end in Race 3, but the wind almost died soon after and the boats wallowed on the chop. A big change was coming and on the far right boats were pointing high on starboard tack. Girls on Film was the first on the left to tack over to meet the new wind, and for a few minutes was sailing away from the fleet in 10 knots more breeze. However then the wind increased further and clocked left 30-40 degrees, leaving them stranded while Artemis XIV flipped over and lifted up above them, to lead at every mark.

New Moon was in second place for the whole race, with Clark Kent (NOR 64 Craig Symonette, Michael Dungston, Marc Ryan) in third. However on the final beat Girls on Film tried the right again and came back just ahead of Clark Kent to lead them across the line for third.

It would be a difficult task to count the number of world titles, national titles and sailing achievements within this group of eclectic sailors from around the world, but perhaps one more than any deserves a mention. Sailing a 1991 Evind Still designed Evolution boat, Zorina, Esko Rechardt is most famous for winning an Olympic gold medal in the Finn class in 1980, just across the bay in Tallinn, Estonia.

“I stopped Finn sailing after the qualifier for Pusan in 1998. The 5.5 is just more fun, so I got the boat in 1988, and did some sailing weeks. I did the worlds when they were here in 2002. We were tenth overall, which was OK, but I haven’t sailed for ten years. In 2002, we got a special prize for the best boat with Dacron sails.”

“We are one of the Evolution class with quite an old fashioned rig and sails so we were somewhat overpowered with an old Dacron sail, but anyway the sailing was very interesting, nice shifts and some breeze as well and we had good fun.”

“In the second race, it was very special at the start, so when the gun went there was a hole in the line and then a 20-30 degree shift to the left, so the fleet was all mixed up, and there were some old wooden boats gaining on the left, which was fun.”

“The first start was perfect but we just lacked some boatspeed and we were forced to tack too early to the right side of the course. We were in the middle of the fleet, but last in our class. We need more practice. I got my crew on the first day of this regatta, so we are progressing and let’s see if by the end of the week, we are challenging the best in our class. In the Hankø Evolution Cup on the second day we were in close contention, so if we get some lighter breeze we might do better.”

He think the class has a unique appeal. “If you compare 5.5s to other classes, this is a very sophisticated boat and reacts immediately to the breeze so it accelerates very fast and needs a delicate touch. Also the crew likes it, with a big spinnaker and also it is also very sporty and a lot of crew work to do so they are not bored.”

“I am enjoying this week, in spite of our moderate results so far.” 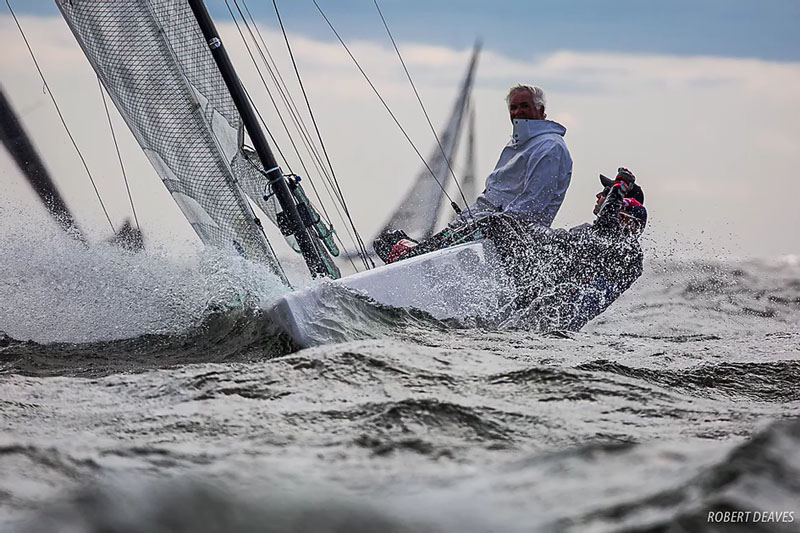 The Synonette name is synonymous with the 5.5. class. Craig Symonette, brother of the more famous Bobby Symonette, is back at his first worlds for six years, attracted by the racing and the people.

“Bobby got Gavin [McKinney – also sailing here] and I sailing the fives in the early 1970s. Gavin and I certainly enjoyed sailing together and now we have our own boats. It’s a fun holiday away from The Bahamas. You go away to Europe and see fun places and it’s a lovely group of people.”

“The boats are very powerful, very close winded, and we’ve grown up with the boats and watched them change, the evolution over the years. Otherwise it’s the people in the class and all the associations you make, and it’s just the total package. We just think it’s a lot of fun.”

He had a mixed day on the water but was encouraged by a good second race. “We weren’t so good in the first race. We were back in the pack, but in the second race we finished fourth. It was breezy, lots of fun, big shifts on the left hand side and it was fun to get the boat going, so a good day all round.”

He plans on doing a fair bit of sailing in the coming year including the next worlds in Australia in January.

“I was able to get a crewing arrangement with Flavio Marazzi and his foredeck man and I am chartering Flavio’s boat and in these boats you really do need to have a good organised crew. You can’t live in The Bahamas and pick up any old crew that are not familiar with the boats. Peter Vlasov was really helpful in reintroducing me to Flavio and Flavio was keen to sail more in the 5.5 so that was really the catalyst.”

“He told me he couldn’t do this regatta when we first got together but we will do the worlds in Australia and possibly the Europeans next year. Flavio is keen to do a few regattas and I’ll sail with him.”

Racing in Helsinki continues Wednesday with two more races planned, and a kinder forecast. A nine race series is scheduled, concluding on Friday. 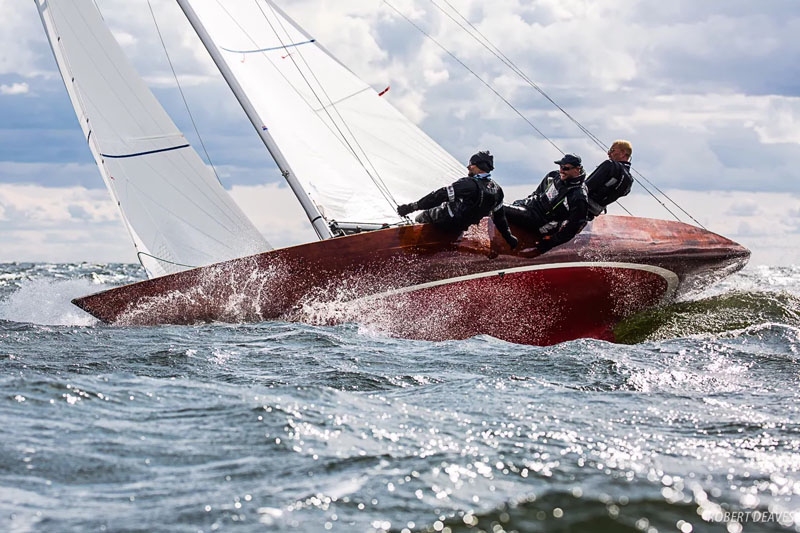