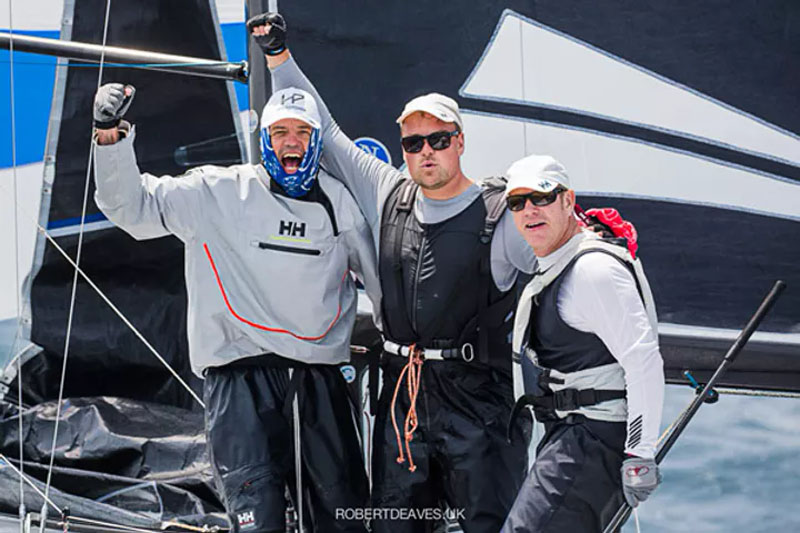 Artemis XIV (NOR 57, Kristian Nergaard, Johan Barne, Anders Pedersen) won both races on the second day of the Scandinavian Gold Cup, in Newport, Australia, to equal Nergaard's own record of three consecutive Cup victories. In a first to three race wins format, he dispatched the opposition in just three races.

It was a smoky day on the Palm Beach Circle but there was no dust on Artemis XIV as they led the first race from start to finish and then made some great decisions in the second to take the lead twice before sealing the win.

The wind had turned to the south, and built to just over 20 knots, producing some long surfing waves and also bringing with it a lot of smoke from the south-east of the country. The coastline was curtained in a thin haze that reminded everyone of bigger problems further afield.

Nergaard picks up the story, “Once again it was a windy day. We seemed to like that. It was a good swell, with good opportunities downwind to use the surfs, so we liked that.”

In the first race Artemis XIV had things much their own way, but winning the pin in both races, were initially held out to the left in the second race. New Moon II (BAH 24, Mark Holowesko, Christoph Burger, Peter Vlasov) had tacked off to the right after the start and but when they came back they crossed the fleet. But it was all very close. At the top, Beta Crucis (AUS 63, Martin Cross, Bob Stoddard, Martin Bunch) held a small lead but Artemis XIV came through on the run and rounded the right gate while New Moon II rounded the left and headed inshore.

New Moon II fared best and rounded the second top back in the lead. However, again it didn’t last. Artemis XIV went deep on the run, pulled through and rounded the left hand gate and it was all but over. With New Moon II favouring the left for the first time, when they came back together near the top Artemis XIV had enough of a lead to make a comfortable last downwind to take their third race win in a row and also their third Scandinavian Gold Cup in a row. 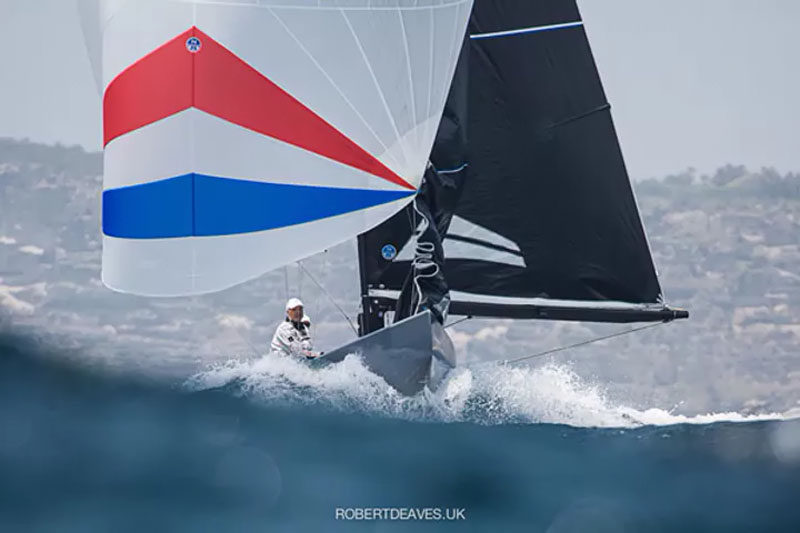 Nergaard continued, “The last race was exciting and I think early on to go deep on the downwind to try and protect the left side to get the left buoy and to the right on the upwind was probably the most important thing we did. On the downwinds, it there were big surfs. It really helped to go up and down and try and work with the waves to try to get some good surfs.”

On having Finn sailor, Pedersen on board. “It absolutely helped. But he reads the waves and we talk all the times, so it would actually be fun to have him drive one day and do the downwinds. Reading the waves and understanding the downwind is really important.”

His win this year is Nergaard’s ninth Scandinavian Gold Cup as helm and 12th overall, after winning three times as crew.

“Having sailed for 43 years and sailed Fives for over 30 years, that has paid of, but I am very happy to win it again and with Johan and Anders, great guys and great crew. We are a good team so very happy to do that.”

He may even get the opportunity to defend on home waters next year as Hankø in Norway is one of the options for the 2021 events, along with Travemunde, in Germany. The venue will be decided next week.

“We’ll see. Hopefully we can defend in home waters if the class decides to go to Hankø and sail the Gold Cup and the worlds and we’ll do our best to defend it once again.”

However he has certainly laid down a marker heading into next week’s World Championship, where he is also defending the title. Best of the other Cup boats was undoubtedly Beta Crucis, which picked up three second places, and was sailing very fast. However, in the Scandinavian Gold Cup, there is no second, only one winner. 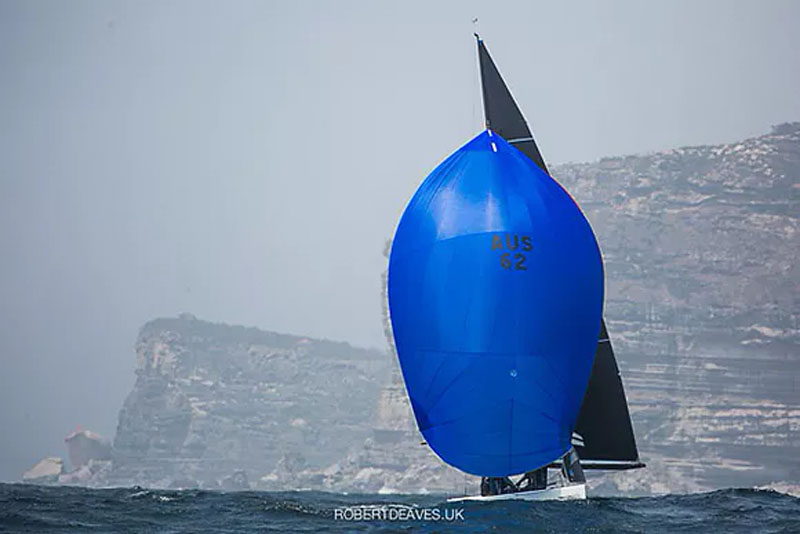 The Hanko Evolution Cup and the Royal Kaag Classic Cup continues until Tuesday while the Modern fleet is also back on the water Monday racing for the Alfred’s Gold Cup. The forecast is for lighter winds, which will come as a relief to many sailors after two days of heavy wind and big waves.