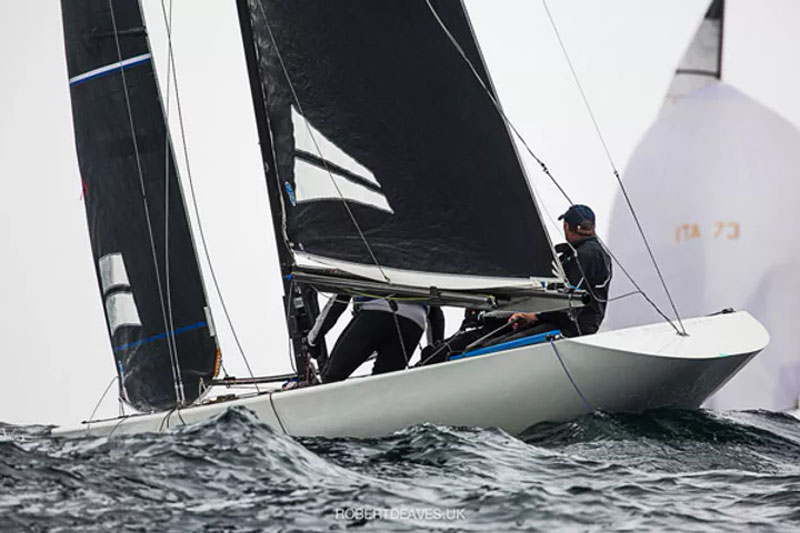 After the Scandinavian Gold Cup concluded on Sunday, these three events are great warm up regattas ahead of the World Championship, which begins on Thursday. While the Hanko Evolution Cup and the Royal Kaag Classic Cup are highly sought after Class Cups, the Royal Prince Prince Alfred International 5.5 Metre World Championship Jug has been deeded to the class this year by the Royal Prince Alfred Yacht Club and is being raced for for the first time.

On Monday, the conditions on the Palm Beach Circle were in complete contrast to the past two days with light onshore winds, a very bumpy and confused sea and low grey cloud. The day even started and ended with a thunderstorm with some very light rain, enough to bring a coating of wet ash in the morning, but not really as much as is desperately needed.

Everyone's thoughts are with those struggling through the crisis and fighting the fires which have devastated much of NSW, Victoria and Queensland and are still burning. 136 fires burn across NSW with 69 uncontained. Though Sydney itself has not directly had any fires the effects of the fires are felt daily in air quality and the daily red sun breaking through the smoke filled skies. To follow current alerts see here.

Despite promising more, the wind never exceeded around 10 knots and was otften in the 5-6 knot range with very lumpy seas adding to the discomfort. The tempertres had also dropped to te low 20s. The left side seemed generally favoured with some big moves through the fleets in the tricky and unstable conditions, but accrate steering through the chop paid dividends.

Though they did not dominate the second day of racing in the Hanko Evolution Cup Ku-Ring-Gai was still the fastest boat around the course taking two more race wins to maintain a perfect score. Rhapsody (AUS 35, Thomas Spithill, Chris Links, Heath Walters) made them work for it, especially in the first race when they rounded the top mark with a nice lead. Spithill was standing in for an injured Chris Hancock as skipper, who hopes to return for the worlds.