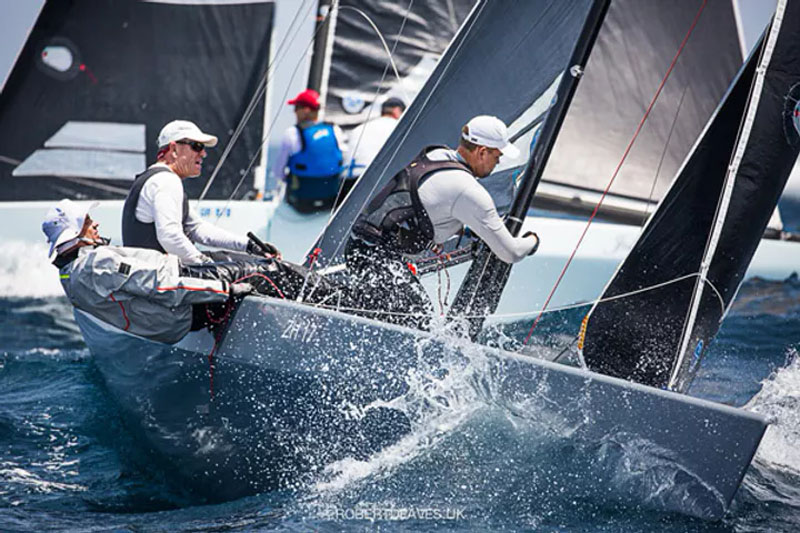 Artemis XIV (NOR 57, Kristian Nergaard, Johan Barne, Anders Pedersen) was again the boat of the day at the 2020 International 5.5 Metre World Championship, in Newport, Australia, to lead the fleet after the second day of racing. Artemis XIV opened the day with a huge race win, before 2018 World Champions, New Moon II (BAH 24, Mark Holowesko, Christoph Burger, Peter Vlasov) took the second race of the day.

With a building north-easterly forecast, the fleet set out on time to clearing skies and rising temperatures. Race 2 started in 8-10 knots and Race two in 10-14 knots with the full northeaster only beginning to fill in on the final upwind to around 16 knots, followed by a great sail downwind into Broken Bay in the increasing breeze. Temperatures also built during the day to around 30 degrees. Pretty much everyone returned to the Royal Prince Albert Yacht Club, happy and satisfied after a great day of sailing.

Artemis XIV picked up where they left off on Thursday with an emphatic win in Race 2, leading at every mark and extending away from the fleet. Behind them, there was a battle between three or four boats in the light wind and long legs. Eventually Ali Baba (BAH 23, Craig Symonette, Flavio Marrazi, Will Alloway) emerged in second with Ku-Ring-Gai II (AUS 60, Matt Crawford, Rob Crawford, Matt Visser) sailing a great last beat to finish third in their first event together as a team.

With the wind increasing the front-runners changed, with New Moon II finding some pace to round the top mark just a boatlength ahead of Artemis XIV. It remained even down the first run, but with the left increasingly paying in the building breeze they moved head and extended on the second downwind and up again to the finish for a win of nearly a minute. Fellow Bahamians John B (BAH 22, Gavin McKinney, Mathias Dahlman, Lars Horn Johannessen) also sailed a great final upwind to cross second while Artemis XIV was third. 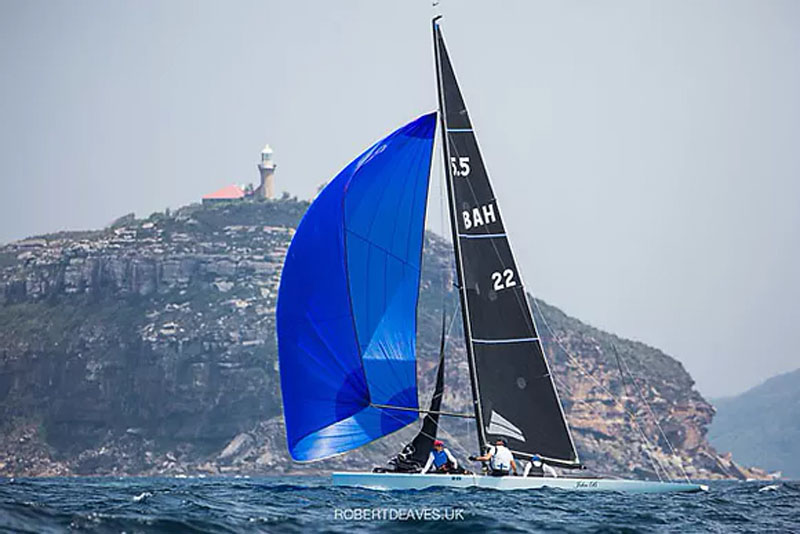 Mathias Dalhman, from John B said, “Our day was quite good and a huge improvement from yesterday. We started with a fourth and then got a second. It was good racing. The big change today was that we were on the line at the start and yesterday we weren’t and it much easier when you are sailing with the gang.”

“Sailing here in Pittwater is amazing. It was champagne sailing and we are looking forward to the rest of the regatta.”

Matt Visser, from Ku-Ring-Gai II said, “We had a nice start in Race 2. We came in at the pin and tacked under the fleet and were able to hold a nice lane there and went all the way out the left, being a nor-easter and a bit of tide. We just had good speed and were able to hold our lane. We are also starting to get to know the boat a bit so we had a good day.”

He has not sailed the 5.5s much, “Years ago I sailed on Antares in a Australian Gold Cup in about 1989. That was the last regatta I did.”

But there is some family history in the class. “After the 1964 Games my father designed and built Teal, KA 19, a long keel boat, which I think is up in Queensland now. So there’s a bit of history there.”

His father sailed the Star at the Olympics in 1964 when Bill Northam was in the 5.5 Metre sailing Barranjoey to a gold medal. He ended up going on to be tactician and sailing helmsman on Gretel II in 1970.

“Teal was built in 1966. It was similar to the old Luders at the time. He took some lines from those boats and made some adjustments. It was very fast. He won state titles in it and national titles, and in anything over 15 knots it was very fast. It had a long waterline.”

This week Visser is sailing with Matt and Rob Crawford. “They have been sailing under Victor Kovalenko in the 470. They have been under the shadow of Matt Belcher, Malcolm Page and Will Ryan so they are very good sailors and have been well trained and disciplined and done two campaigns, so they know what they are doing.”

He added with a smile, “I am learning a bit and I can just keep quiet. It’s great.” 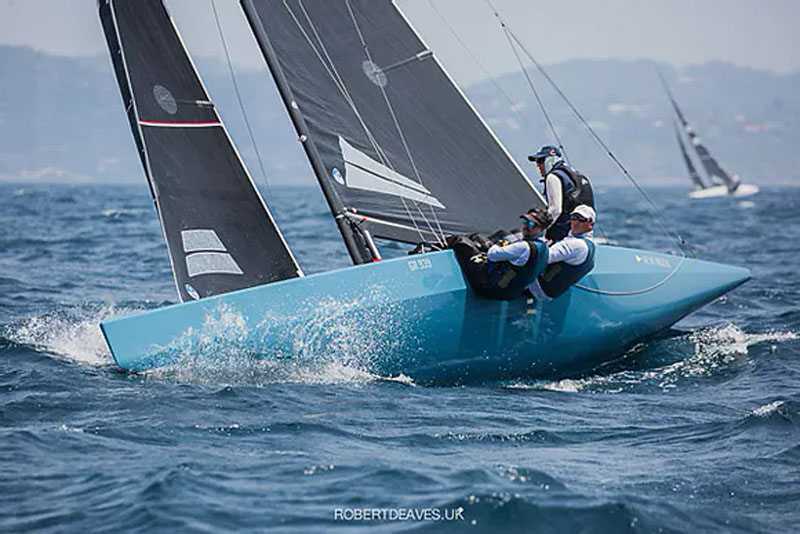 Christoph Burger, middle man on New Moon II explained their day. “It was an absolute glamour of a day. Couldn’t have been much better than that. After the first pretty poor start and race for us we got our act together and started clean and with boat speed off the line and then it was positioning and keeping the boat going. We had excellent boat speed today and were able to extend, so that’s was really nice.”

On the conditions for Saturday. “I think we are going to have a bit of a weather change coming through with the strong wind from the south overnight, then it should clear and ease off a bit, but we expect a hard day tomorrow with two races in a southerly.”