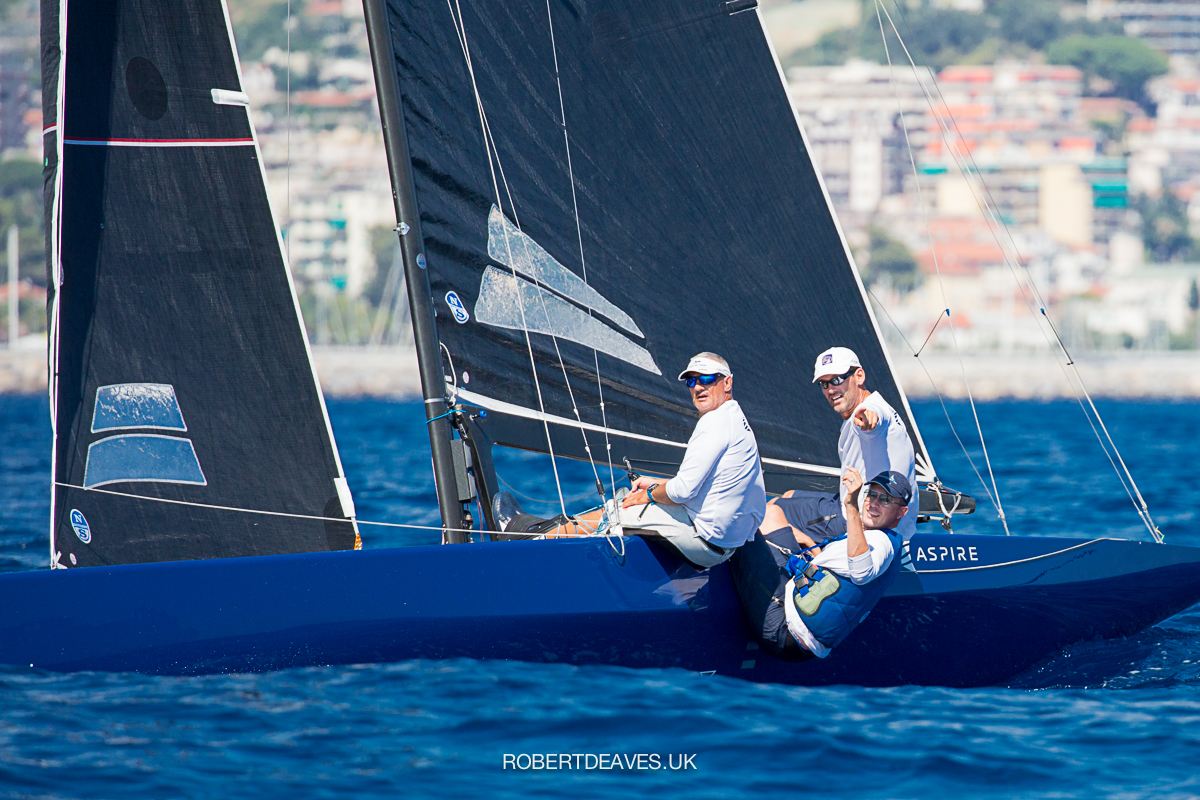 The 2020 5.5 Metre Europeans got underway on Tuesday in Sanremo, Italy, after a four-hour delay waiting for wind, but with two great races late in the afternoon in 7-10 knots of warm breeze and flat water. Aspire (POL 17, Mateusz Kusznierewicz, Przemyslaw Gacek, Simon Fry) won their first race on their first day racing in class to lie second overnight with a 1,5, while Momo (SUI 229, Dieter Schön, Markus Wieser, Thomas Auracher) had the best of the day with a 3,1 to take the overall lead. Third is Caracole (SUI 214, Bernard Haissly, Berthoud Nicolas, Daniel Stampfli) with a 4,3.

The day began hot and windless with a two-hour postponement to wait for the wind, which then drifted to nearly four hours. The fleet was finally sent out late afternoon in a building breeze.

Aspire were fast out of the blocks in Race 1, soon tacked and were gone. They had at least a 100 meter lead at the top, and though Ali Baba (BAH 23, Martin Manrique, Flavio Marazzi, William Alloway) reeled in some distance, they could not pass and ended up second. Otto (NOR 68, Bent Cristian Wilhelmsen, Lasse Berthelsen, Luka Strahovnik) had a great first upwind to round third, but Momo sailed well to cross the finish in third.

Momo then gained a jump out of the start in Race 2, tacking quickly to the right while New Moon II (BAH 24, Mark Holowesko, Christoph Burger, Peter Vlasov) favoured the left. Momo led round the top to lead all the way to the finish and take the win while New Moon II chased hard but could not quite catch up. Marie-Francoise XXI (SUI 232, Jurg Menzi, Jurgen Eiermann, Bo Selko) were in third for a long time, but Caracole came past on the final downwind.

Mateusz Kusznierwicz, helm from Aspire, described his day, “It was beautiful today in Saremo. We waited for four hours but it was worth the wait. We had two great races and for me and my team, Przemyslaw and Simon, it was the first time ever that we sailed a 5.5 in a regatta. We planned to sail a bit this year but of course we couldn’t. We started very nicely with winning the first race and actually I was overwhelmed, but also a little bit surprised, but it came with a great start and good tactics. We made a couple of mistakes but it was all good in the end.”

“In the second race we also managed to play it really well and finished fifth, so it was beautiful beginning. We are all happy. It was a tough day, a long day, but also a beautiful day.”

He commented on the level of the fleet. “The level of the quality of the sailors here is very good. They have sailed these boats for many years and have a great feeling for changing settings when the wind changes and they also sail smart, so you can gain on the starts, but then later the fleet is very competitive.”

"It was a good day for the Swiss team, Momo. We know they were training very hard for this regatta and it has paid off. It’s good to watch but for sure we’ll see some good competition in the first 5-8 boats. It’s going to be an interesting regatta.” 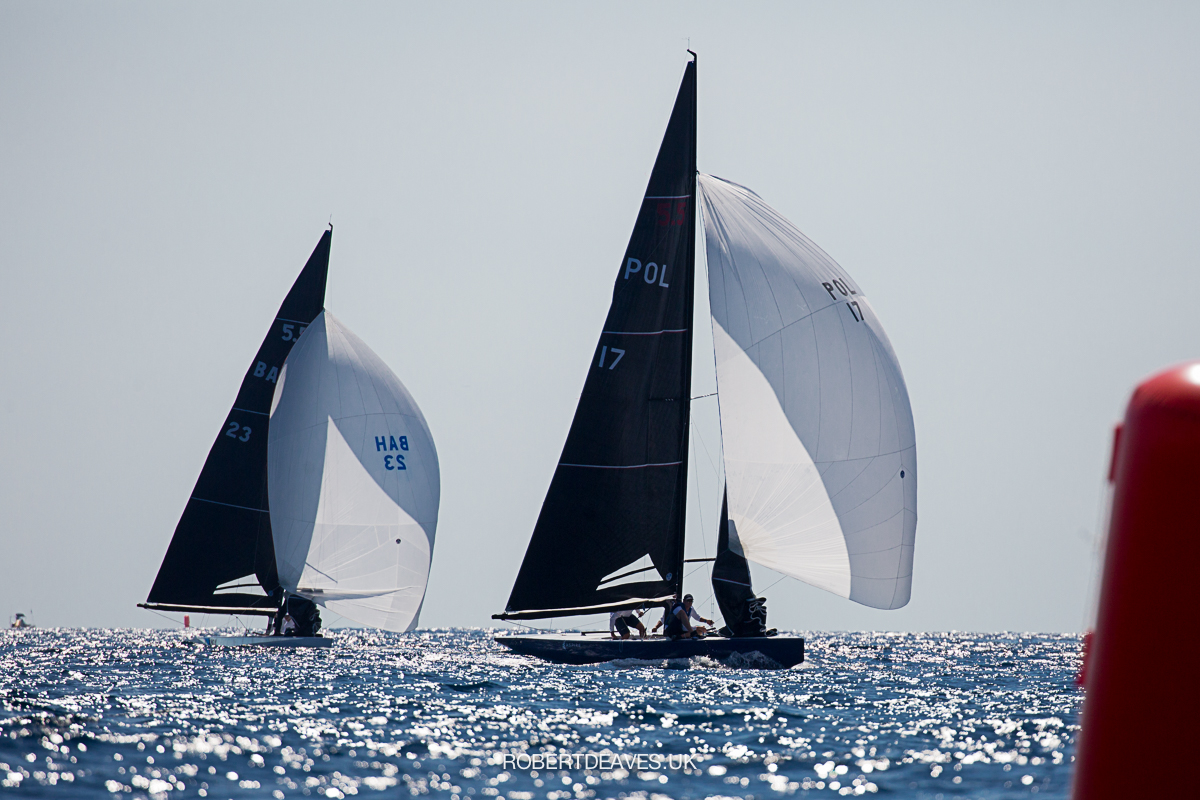 Dieter Schön is only sailing his second 5.5 Metre regatta but has a long history of Finn, Star, and Dragon sailing along with five years campaigning a 72’ Maxi.

“For us it’s our second regatta in the 5.5. We started last year in Thun. I think it was a good day for us. It was a nice breeze, not too strong, but we got in two really good races. We finished third and first, so perfect results. Sometimes we are still struggling and fighting with ourselves to get the boat going but overall for the first day it was a good result.”

How did he get into the class? “A friend of mine convinced me to go into the 5.5 because he said it’s the best three man keelboat for the way the boat sails, and that’s true. It’s a fun boat to sail and I think I will stay in the class.”

Racing in Sanremo continues until Saturday 29 with a series of 10 races scheduled.