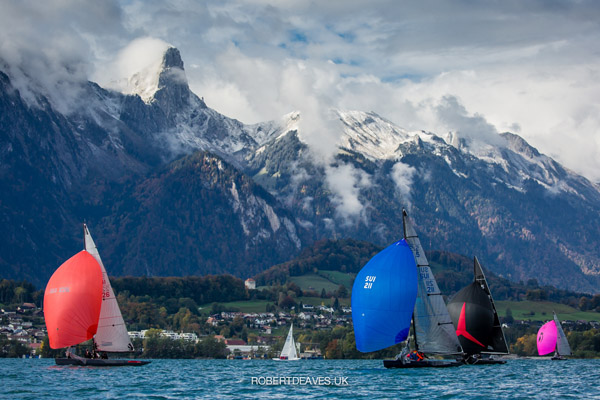 While the forecast was less than promising, by early morning there was a healthy, if gusty, 8-12 knots on Thunersee, so it was possible to end the regatta with two great races, though the wind dropped slightly during the second race.

In the final race Forza Del Destino was again fastest to the top mark for the second race in a row but this time had a large gap and sailed away for a huge win, the biggest win of the weekend. The other Ali Baba (GER 84, Wolf-Eberhard Richter, Hans Wendland, Beata Kallkowski), the only crew to have competed in all major events this year, sailed well to cross second with Marie-Françoise XXI in third. 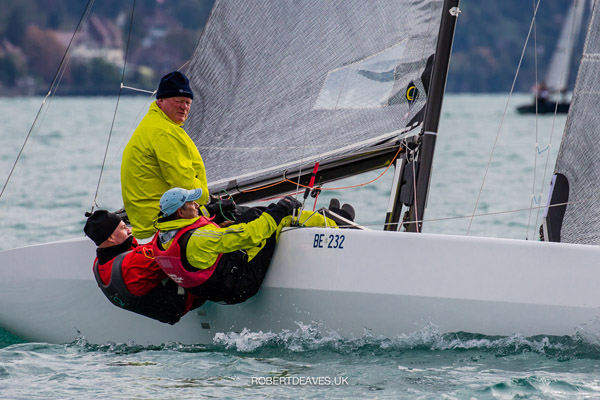 Behind Marie-Françoise XXI the points at the top were really close, with Pungin, just doing enough with a 6,7 to hang on to second overall, while two fourth places from Shaolin was enough to move them up to third, one point behind Pungin and one ahead of Black & White.

George Prapopoulos, helm of Forza Del Destino, said, “Friday was a good day with nice sailing. Saturday we were very unlucky as our forestay broke in the first race and we had to change it and didn’t make it back for the second race. So today we were more lucky. Luck was on our side. We chose the right side. We got the breeze before it fell and managed to take it up and suddenly we were all on our own, and we just had to sail across the lake, all alone. Great sailing.”

“How do say, sometimes blind chickens also find the corn.”

On his crew, “Gil, is the son of Simon and joined us for just the second time. We had some problems getting the spinnaker up and down and some manoeuvres and stuff, so it was quite helpful on the second lap to be so on our own.” 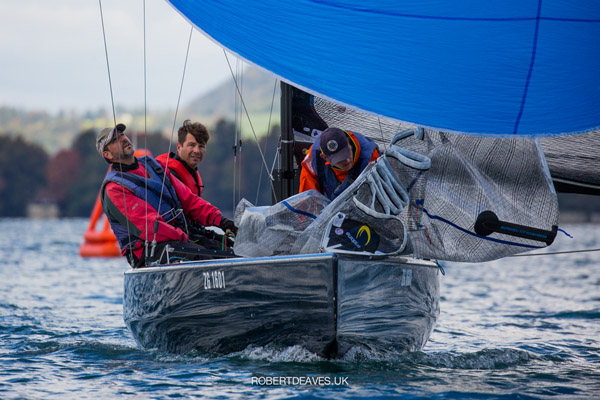 Race 5 For Menzi, it was his 20th (or so) Herbstpreis win. He said, “It was a very nice weekend. We had six races in three days. It not so windy, rainy, cold, and some races were not so regular, but we are very happy with our results, with three firsts, two seconds and a third. So winning the Herbstpreis was no problem this year.”

Marie-Françoise XXI is one of four new boats built in the last year by the Wilke yard, which is located further down Lake Thun. Builder Christof Wilke, also sailed on board with Menzi.

Menzi continued, “Because of COVID many boats couldn’t come. All the Bahamians are not here, some Germans, the French. So we could have been 15-18 boats if people could have travelled. Next season depends also on COVID but we are planning to do all the events, beginning here for two days at Easter, then Torbole, the Swiss Championship and the world championship in Norway, though there is a Plan B to go to Torbole on Lake Garda instead. But we plan to do as much as possible in the new boat.” 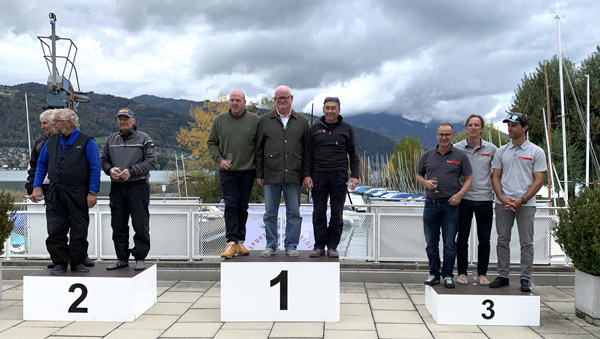 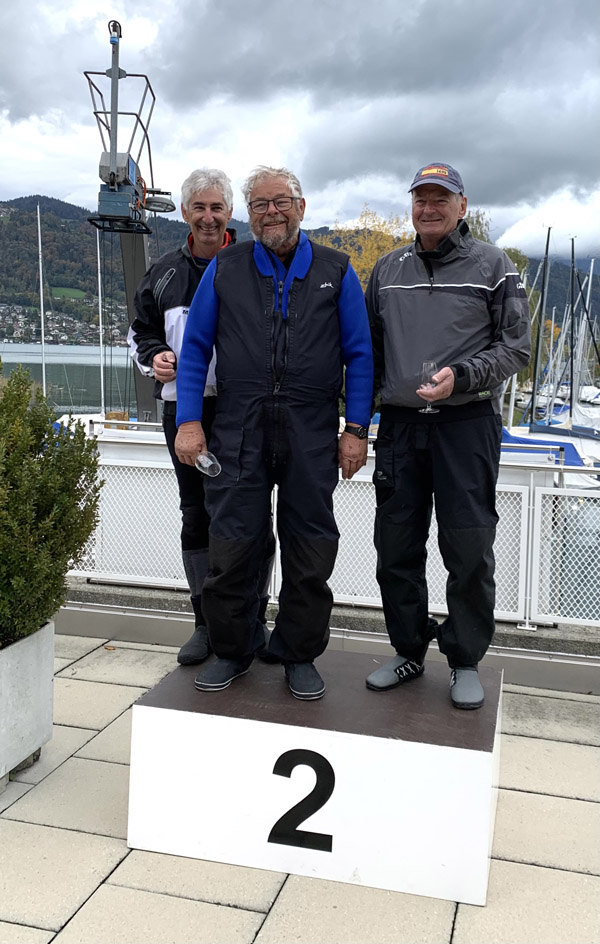 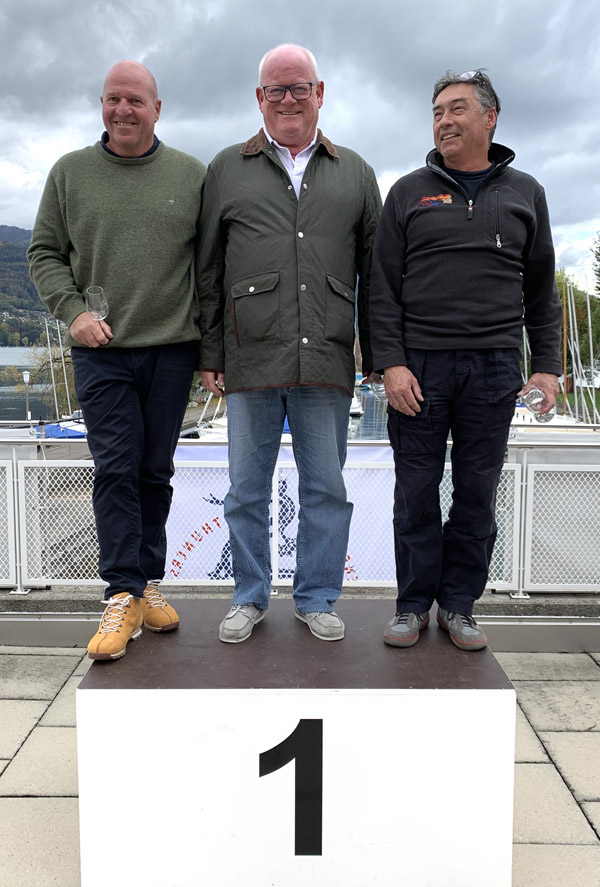 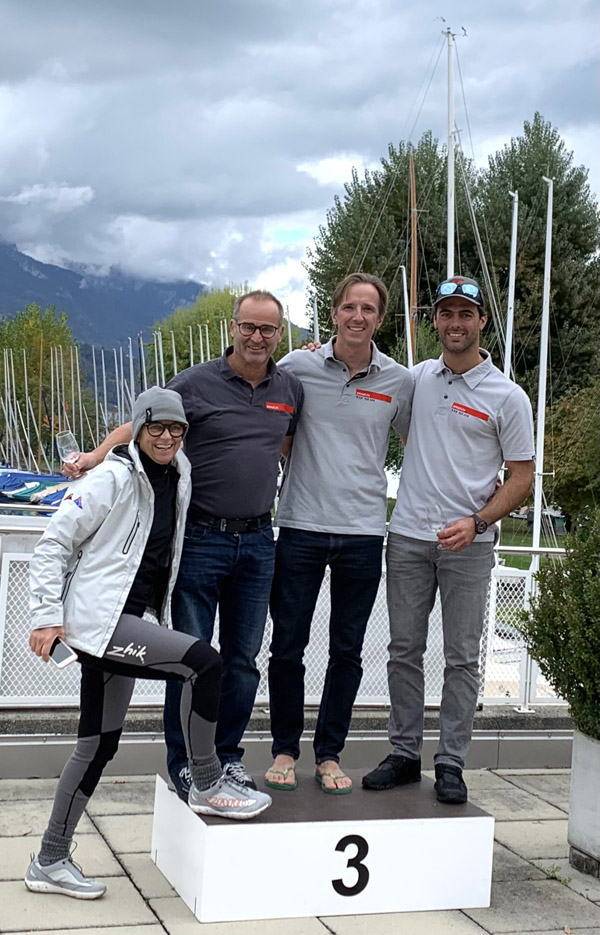